What weird countryside tradition will twats near you be doing this year?

BRITONS love traditional activities like torching a policeman in a giant wicker man. Which barmy pursuits will your local folk be doing this year?

If the idea of risking life and limb chasing a wheel of cheese down a near-vertical gradient is for you, then go to Cooper’s Hill near Gloucester and compete against lunatics and masochists from all over the world. Don’t worry if you realise you’ve got something else on that day and can’t make it: simply step out into busy traffic to achieve the same number of broken bones.

Would you enter a competition to see who could swallow the most wasps? No. So why do it with the garden weed equivalent? Two teams race to consume a large amount of prickly foliage, presumably ending up with horrifically swollen faces. At least it takes place on a cider farm so you can drink the pain away afterwards.

During the Wars of the Roses the soldiers ran out of ammunition, but rather than simply stopping fighting they threw their lunches at each other instead, like twats. In Ramsbottom, the townsfolk have kept the memory of this noble event alive by competing to knock Yorkshire puddings off a twenty foot plinth by throwing black puddings at them. It will surprise no one that this is a pub-based event for English people.

Fancy hoisting a barrel of burning tar onto your back and racing a fellow mentalist up and down a street in the dark? Well, you can in Ottery Saint Mary. Why you would is another matter, but presumably it’s because you’re so shitfaced that you’ve lost all sense of reason and any instinct for self-preservation.

Since 1612, usually sane people in Chipping Campden have been filling their pants with straw, embracing and then kicking the shit out of each other with steel toe-capped boots. The winner of this traditional Cotswolds mating ritual is the one left standing after the other competitor’s leg bones have been reduced to mere splinters and they collapse. 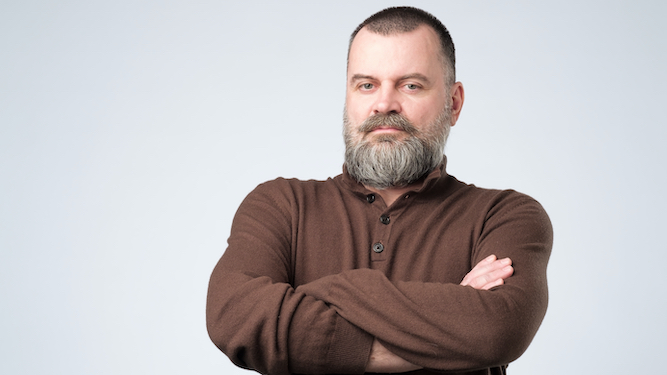 INSECURE about your masculinity? Start saying these phrases to sound like a proper blokey geezer:

A handy catch-all phrase which can be used to admire an Airfix model of an aircraft carrier or a Black & Decker strimmer. Crucially though this phrase is devoid of any sentimentality. All you’re doing is giving a curt nod of approval while maintaining a healthy emotional distance, just like your dad when his grandson was born.

Nice and open-ended so that the recipient can reply with comments about their sport of choice. Naturally you’ll be up to date with all the latest results because you are a proper man, so asking this question won’t trip you up. Unless they like women’s football, in which case there will be a long, awkward silence.

‘You’ve burnt out the alternator’

The perfect comment for when someone is complaining about their car. Not only does saying this establish you as an alpha male who knows his way around engines, it also slyly mocks the person with motor troubles. Deliver this phrase with a condescending tone that implies ‘this is so obvious it hurts’ for maximum masculinity.

‘Don’t get many of them to the pound’

Equally suitable for use at the greengrocers or when assessing the heft of a woman’s bust, but only mutter it to yourself or a friend with an air of ironic detachment or you come across as a disgusting letch. Which is exactly what you are, but for the sake of public decency try to make it less glaring.

This form of address is as manly as a pint of bitter or a trip to the bookies. Call someone ‘guv’ and watch as they start to regard you as a king among men who probably knows how to plaster a wall. If you’re disembarking from a bus in the West Country, say ‘drive’ instead to guarantee a warm ‘cheerio’ from the gent behind the wheel.

Words are inherently effeminate. That’s why they’re used by Jane Austen and Emily Brontë in their soppy romance novels. To sound like a proper bloke you should forego them altogether and sit there silently with your arms folded. Don’t even risk saying anything witty or you’ll end up sounding like beta cuck puff Oscar Wilde.