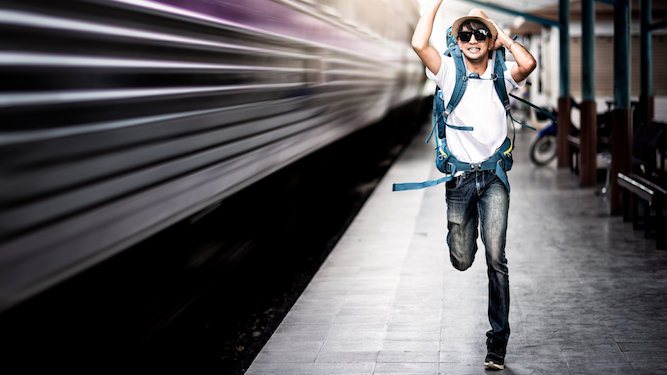 PASSENGERS on a train are rejoicing after a man desperately running to catch it failed to do so.

Commuter Emma Bradford confirmed that the whole carriage was ‘buzzing’ as the man, laden with bags, sprinted frantically for the closing doors and even ran alongside the moving train for a few moments before collapsing in defeat.

She continued: “The moment when he thought he’d made it and was hammering the button before it began to move off was my highlight, though I know some people got more from the initial wild dash.”

Nurse Susan Traherne agreed: “I’d just finished an 18-hour shift and was dead on my feet, but watching the despair dawn in his darting eyes really put a spring in my step.

“We were all craning our necks to watch him as we sped away and everyone was talking about it even when we left the train, laughing like it was Christmas morning. I hope he missed a plane.” 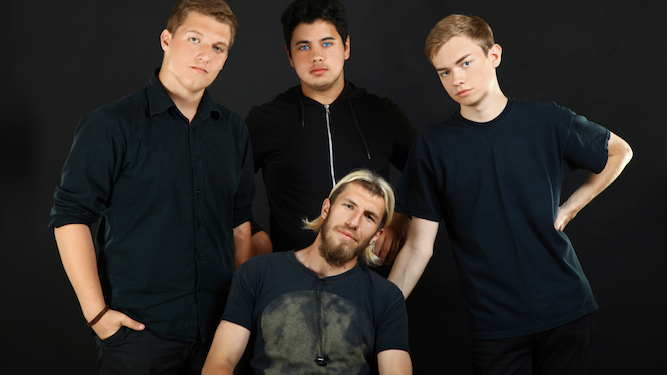 A MAN who has given up drinking has been confronted with the risks and ramifications of his decision in a dramatic intervention by his friends.

Tom Logan, 24, who decided to lay off the alcohol for health and financial reasons, has been made aware in no uncertain terms of the damage it could do to his social life.

Friend Nathan Muir said: “Tom, it hurts to say this, but you’re a different person when you’re sober.

“You don’t get lairy with strangers, you don’t leer at women, you don’t put Champagne Supernova on the jukebox five times in a row, and those things are the foundation of our friendship.

“I keep thinking I’ll get used to seeing you order orange juice after orange juice, but what you’re doing to yourself hits me afresh every time.

“And no matter how often we plead with you to just have one, to make an exception because it’s the World Cup, to just put some beer in your face, you seem hell-bent on this suicidal course. I can’t stop you. But don’t make me watch.”

Logan said: “It really hit me hard at first, but then they kept saying the same boring things over and over because they were all pissed.

“Which did make me want to start drinking, yes.”