Why A-levels are bullshit, by someone with a D and two Es

I BELIEVE now is the time to address the issue of A-levels being stupid bullshit, which has nothing to do with my somewhat underwhelming results of D, E, E and U.

Let’s get one thing straight. A-levels do not prove you’re intelligent. There are many types of intelligence, such as ‘emotional intelligence’ or being intelligent at catching a ball. So with that myth demolished, let me move on.

All A-levels prove is you can digest information and make a logical argument. But what use is that in the real world where someone could come at you with a knife?

Subjects like chemistry are obsolete these days because everyone works at a computer. It’s obvious that A-levels are just a scam to keep nitpicking mediocrities like Mr Gosling, our head of sixth-form, off the dole queue.

But the most damning criticism of A-levels is that most successful people don’t have any qualifications. Hard to believe, I know, and I haven’t checked it, but Sir Alan Sugar, Mark Zuckerberg and Alfred Einstein haven’t got a GCSE between them!

To a smart guy like me it’s clear the way to succeed is to sit in your bedroom inventing a smash hit app like Angry Birds, which I am going to do when mum gets back from Tesco with an A4 pad and some felt-tips.

So let’s ditch this A-level bullshit and allocate places at uni based on important skills: whether you’re a nice person and if you can play bass. If they did that I’d have a place at Oxford.

I wouldn’t go though, because now I intend to go travelling and use my real-life wisdom to become incredibly rich, although I might just go to Keele via clearing.

Couple who bought house now interested in 'the economy' 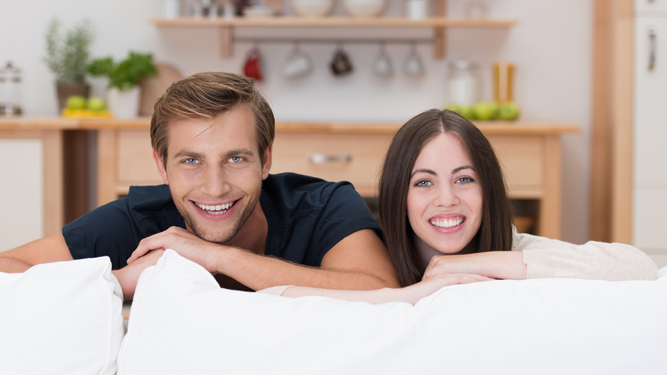 A COUPLE who bought a house are suddenly interested in ‘the economy’, their friends have confirmed.

Ever since purchasing a two-bedroom end-of-terrace, Stephen Malley and Eleanor Shaw have been making a big show of reading the financial pages and talking about exchange rates.

Malley said: “No more Maxim for me, it’s the FT all the way. I still wank over it, but in a different way.

“After all, investing in property is one of the biggest commitments you can make. What’s going to happen to the value if the Dow Jones takes a plunge, or wheat prices fall? Then we’d have to invest in wine or vintage action figures.”

Friend Joanna Kramer said: “Every conversation ends up being about the economy, like they’re Warren fucking Buffet or something. Honestly, no one cares if interest rates go up by quarter of a per cent, or the pound drops against the yen.

“They used to be okay but after this house thing they’ve become everything they used to hate.”

Eleanor Shaw added: “We’ve actually started a band called The Economy, inspired by capitalism and a solid work ethic. We sound quite like Mumford and Sons.”