Why I can't personally chip in to your energy bill, by the billionaire boss of Shell

YES, I have made billions of pounds in profits. No, I cannot chuck a few quid towards your massive energy bill. Let me explain why.

I have energy bills to pay too

And have you seen how much they’ve gone up by? We could be paying upwards of £3K a year soon, which is f**king loads. Just because I own the energy companies doesn’t mean I get a staff discount, you know. Stop being so selfish for a second and spare a thought for how I’m going to heat my mansion.

Taking cold showers and shivering your way through the winter sounds like a pretty Dickensian way to live, but years from now you’ll look back and realise that hardship was actually character building. One day you’ll bump into me down the pub and thank me for toughening you up by putting you through this. You’re welcome.

I need to make difficult choices as well

Choosing between heating or eating is a tough call. I have to make difficult decisions too though. Should I splash out on another superyacht, or should I set my billion-pound windfall aside for my fifth private jet? If anything this is a harder dilemma than your trifling concerns because I’ve got used to this lifestyle. In fact you couldn’t lend me a tenner, could you?

Moving that amount of money around is difficult

Dishing out a few thousand pounds to everyone in the country is a lovely idea. And I could easily afford it too. But that would mean I’d have to pop down to the bank and answer a load of security questions which is a right faff. Plus it takes days for those sorts of whopping transactions to go through. Everything might’ve blown over by then.

I don’t care about you

The hard truth of the matter is that I don’t give a shit about you. You’re a stranger. Would you give someone you’ve never met a stack of cash out of the kindness of your heart? Didn’t think so. You’d only spend it on useless tat like Funko Pops or dental care anyway. My advice: deliver free papers in the evening to make a bit of extra cash.

How I created a fake heatwave to fool sheeple that climate change is real, by the BBC's Tomasz Schafernaker 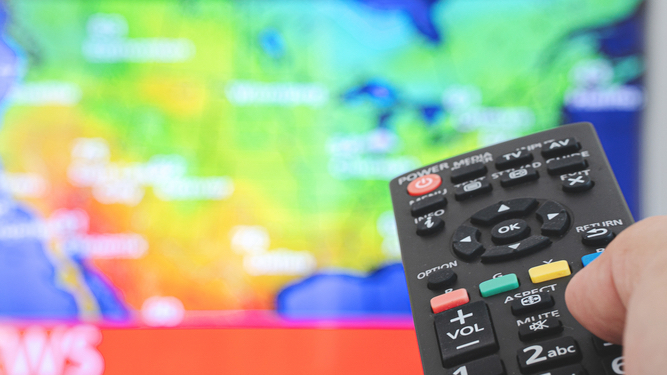 GOOD morning. As a meteorologist I create the weather, and last week my globalist paymasters ordered a record-breaking heatwave. Here’s how I did it.

The British people are genetically hardwired to only understand Imperial measurements, so switching to centigrade decades ago was crucial to our scam. Nobody’s known the real temperature ever since, apart from anyone under 50 and they don’t count.

Old-style forecasts, delivered by trusted presenters who weren’t in the pay of the New World Order like Michael Fish, had simple, straightforward stick-on suns. We ditched those and brought in hysterical, panic-inducing purple and black to terrify the credulous.

Those days could have been pleasantly overcast, but that didn’t fit our agenda. So we stopped our fleet of commercial jets spreading chemtrails and instead had them hoover up the clouds, which we’re storing in warehouses for when we need non-GM crops to fail.

Turn off the wind

To create the illusion of hotter weather an order went out: ‘Turn off the wind farms.’ Yes, natural wind was long ago replaced by our network of off and on-shore wind turbines. They never generated electricity. You fell for that? Ha ha ha.

Turn up the thermostats

Every thermostat in Britain has a microchip in it controlled by Bill Gates. A simple twist of the hand from his secret bunker orbiting the earth and everyone’s heating goes up while the thermostat reads normally.

The mainstream media is ours, so spreading a message of terror was no problem. Body heat is largely psychosomatic so once we told you the record temperatures you started sweating, pumping out heat and creating the very conditions we’d lied about.

All our plans and preparations paid off, from the decades-long climate change hoax to hiring foreign meteorologists who would cheerfully betray Britain. Now I’m just kicking back with my piles of money, cocaine and high-class hookers all meteorologists get as standard.