A WOMAN broken-hearted at the death of Geronimo the alpaca backs the reintroduction of the death penalty, she has confirmed.

Emma Bradford believes that Defra should be tried as a criminal organisation after their unjustifiable state slaughter of a poor, defenceless, fluffy animal, and also that anyone committing three or more burglaries should be hanged by the neck until dead.

She continued: “Geronimo has gone to that pasture in the sky, but he’ll always live in my heart. I don’t know how those monsters did what they did.

“And, while we’re on the subject of monsters, we need to bring back capital punishment for crimes like murder, genocide, the really bad sex offences, drug dealing and car vandalism. It’s the civilised thing to do.

“People say that wrongly convicted people get killed, which is true, but it still acts as a deterrent doesn’t it? So it’s a price worth paying.

“Unlike in the Geronimo situation where yes he’d failed two tests for bovine TB but they’re only 99.66 per cent accurate, so there’s every chance he was fine and they had no business taking the risk.”

She added: “Geronimo was the best of us. If I got my hands on those Defra bastards I’d strangle them in cold blood and not a jury in the land would convict.”

When I find out who's done this to my pubs I'll f**king kill them, says Tim Martin 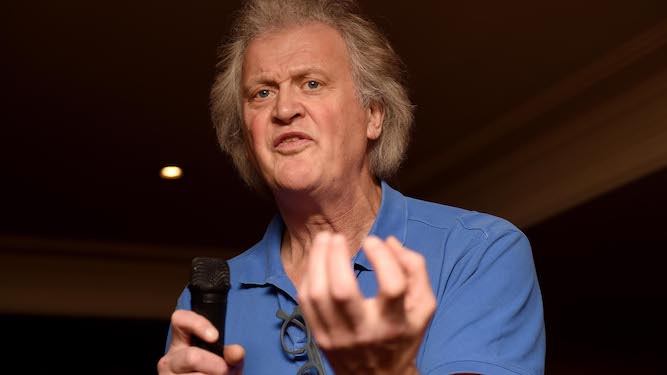 WETHERSPOONS boss Tim Martin has confirmed that when he finds out who f**ked up his business by taking his beer and chefs away, they are dead.

The ardent Brexiter is furious that his pub chains are not only suffering a shortage of skilled staff but that ongoing supply issues have seen them run out of Carling, Coors and Bud Light.

He said: “I am on the warpath, and when I find out which twat’s responsible for this I’m going to punch them smack in the face. I mean, what a f**king idiot.

“Obviously my pubs need a constant supply of beer brought here on lorries from breweries around Europe, as well as plenty of staff prepared to work long hours for shit pay at a rapid turnover. That’s my business model.

“So whichever short-term thinker decided to make both of those things incredibly difficult has damaged my business and cost me millions of pounds, and the stress has made my hair even more mental.

“I bet it was Keir Starmer. Or Jamie Oliver. Or people who run pleasant pubs with music, tasty beer and toilets that aren’t four miles from the bar.

“I’ll get them, you mark my words. Because they are the biggest bellend who ever lived.”