A WOMAN in the office is exactly as attractive without her glasses, according to disappointed onlookers.

Area manager Carolyn Ryan, who always wears severe suits and her hair up, was widely assumed to be drop-dead gorgeous beneath her spectacles.

But co-worker Norman Steele said: “I stayed late in the hope that, after a day under fluorescent lighting staring at a screen, her tired eyes would need relief.

“I couldn’t believe it when she reached up, took them by the frame and slowly, seductively pulled them off, leaving her face exactly the same.

IT assistant Joe Turner agreed: “It’s hard to describe how little difference it made. It was almost as if she had the same face unchanged in any detail except for the spectacles.

“Still, I bet when she takes her hair out of that bun she’s absolutely smoking hot.” 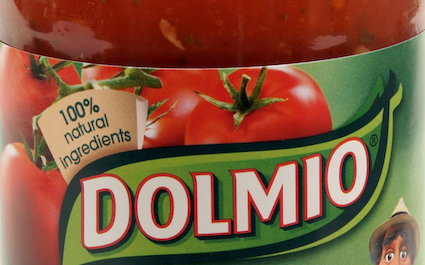 BRITONS are to ignore the ongoing health crisis and the recommendation to only eat Dolmio once a week and chug six jars tonight, like every Friday.

Despite Dolmio pasta sauces being labelled as ‘occasional’ products, the majority of consumers say that at least two jars are required to get a proper buzz on.

Builder Stephen Malley said: “When I get home the wife’s usually already got a jar on the go for herself and one ready on the table for me.

“We clink them together in a toast to the weekend and then I neck mine in one go, gulping back that thick, bolognese goodness with my eyes closed.

“I have another with my fish and chips and then I’m in my usual spot in front of the telly with the empty jars rattling around on the floor.

“Never touch it at work though. Mate of mine started hitting it at lunchtime, all red and chunky round his mouth and on his shirt.

“Got fired, lost his wife and family, ended up on the streets swigging Ragu. Poor bastard.”