A WOMAN whose boyfriend claims he likes women who look ‘natural’ is going to stop washing her hair and shaving her toes, she has confirmed.

Nikki Hollis has decided that if boyfriend Tom Logan wants her to look ‘fresh-faced’ and ‘like she just woke up’ he’s going to get the full treatment, including a monobrow and fingernails like a warlock.

Hollis said: “I know that when Tom says he likes me to be natural looking, he doesn’t mean with massive bags under my eyes because he’s kept me up all night snoring like a pig on ketamine.

“He means wearing enough foundation, concealer and mascara to stop me looking knackered, plus removing all the hair from my body, apart from that on my head and a frankly ludicrously-shaped patch on my pubic region.

“So I’m going to let myself go to seed like an abandoned garden and see how much he enjoys me being ‘natural’ then.

“I’m aiming for looking like a cross between Mrs Twit and Brian Blessed, with the feet of Bilbo Baggins and hair like a bird’s nest. And then I’m going to dump him for being a bit of a bellend.”

Totally chaotic, f**ked-up mess of a family to get third dog 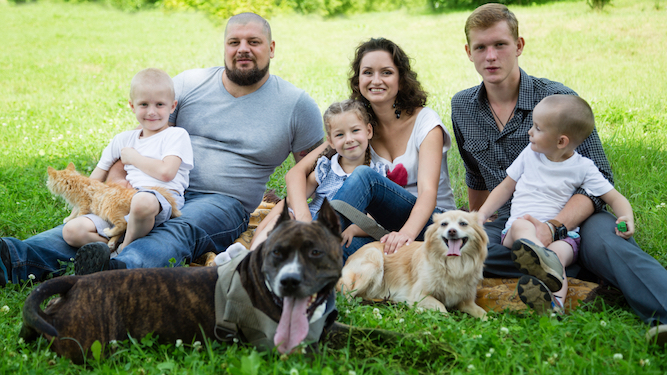 A FAMILY that exists in a state of filthy chaos has agreed that it would be great to get a third dog.

The Shaws, who have four feral children with at least two pets each, made the decision after their ‘Staffy-cross’ pulled a door off a kitchen cupboard and chewed it to pieces which nobody has yet picked up.

Mum Eleanor Shaw said: “Poor Snorlax. He must be lonely. That explains the shitting.

“The cats don’t help, because they’re still chasing Annabelle’s ferret that escaped into the loft even though I’m pretty sure it died a fortnight ago. Though the smell could be the toilet. Must call a plumber.

“Anyway none of the kids ever walks him because they’re always on Fortnite or smashing glass in the front garden. And the lizards aren’t any company, not really.

“So, since Neil’s off work with his infected foot and the Micra’s still running even though Jack slightly crashed it, I think the time’s right for another puppy.

“Maybe something small, like a terrier. They’re no trouble at all and I don’t think Laurel’s allergic.”