Working In A Call Centre Is Just Awful, Say Experts

NO matter which way you try to finesse it, working in a call centre will crush you, according to a new study.

Researchers found a 100% probability that spending most of your waking life on the phone to people who despise you will eat your soul.

Professor Tom Logan, of Reading University, said: “We looked at every type of call centre, from insurance companies to sex lines to the ones who try to get senile people to buy guttering.

“The common factors were the overwhelming sense of human tragedy and the stench of putrefying souls. Not all the workers were despairing, but those who weren’t were without exception unbelievably fucking annoying.”

He added: “Based on this evidence, one can objectively and scientifically say that working in a call centre is the exact opposite of running naked through a sun-dappled field with an attractive member of the opposite sex.”

Customer-adjacent interface manager Nikki Hollis said: “Actually I enjoy helping the public with their internet connection problems, plus I get great benefits, regular paintball and the company of an awesome, fun team.

‘That’s what I keep telling myself. But somehow I can’t silence the little voice that wants me to kill the gormless bonk-eyed fuck sitting opposite with pie crumbs on his cheek.

“Some days I deliberately piss my pants, just so I can feel something, anything. I’m like a battery chicken, except Hugh Fearnley-Whittingstall doesn’t give a shit about me.”

Telesales team leader Martin Bishop said: “We are on the fifth floor, which according to my painstaking calculations is not quite high enough to ensure death so I’d probably be wheeled back in as a quadriplegic, telling everyone to focus on positives as tubes pump piss and shit around my broken body.

“On the plus side, there’s a conference in Clacton in a couple of months that I might get to go to.” 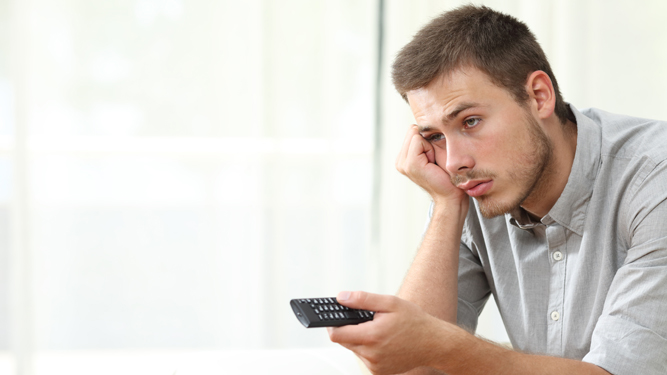 RESEARCH showing that men lie more than women is proof they should stop asking them awkward questions in the first place, say scientists.

Male respondents were also found to feel less guilty about lying, as many thought that a six-hour lecture on their deficiencies was not really worth the bother.

Professor Henry Brubaker of the Institute For Studies said: “The figures are open to interpretation, as for instance a woman that swears she’s telling the truth while pushing her breasts together is far more likely to be believed than a man trying the same trick.

“And what a woman might consider a filthy, disgusting lie is usually viewed by a man as a quick and effective way of avoiding a month on the couch on dry rations.

“But what seems to be coming through clearly is that if women got 100% truth from men all the time they’d spend their whole life crying, shouting and working on their lesbianism.”

The most frequent lies differed between the sexes, although ‘I’d never watch rubbish like X Factor’ and ‘Some of my best friends are black’ were common to both.

The top three for men were: My internet history resets itself every morning; So then I decked him and his mate and Of course I don’t fancy your sister.

For women, they were: I prefer back fat to a washboard stomach; Yes, it is meant to taste like that and Of course I don’t fancy your best mate.

Prof Brubaker added: “Lying seems to have developed through a mixture of genetic predisposition, societal pressures and an overwhelming desire to stop the rest of the world realising what a grasping, lust-driven, snack-addicted suitcase of shit you really are.”