JOHN Lewis has commissioned Billy Joel to write a beautiful, poignant song about engaged couples and their wedding lists. 'But it's so much easier' - Yeah, for you, fuckers

The song will be the soundtrack to a new television advert which the company hopes will capture the essence of two young people with their whole lives ahead of them, going ape-shit mental with a barcode reader.

A spokesman said: “The advert will be a montage of a couple moving from drunken intercourse, to living together to getting engaged and excitedly telling their parents, before bouncing into John Lewis with a mad glint in their eyes and some drool running down their chins.

“It’s really about the timeless and indefinable magic of people who have been shacked up for at least three years and want better and more expensive versions of all the stuff they’ve already got.”

Meanwhile the company has released a draft of the Billy Joel song that will accompany images of a blissfully happy couple rampaging through the cookware department like a pair of Nazi stormtroopers:

The move follows the store’s Oscar-nominated advert about a woman who is ageing incredibly quickly but does seem to have a really nice fridge during her first pregnancy.

Helen Archer, from Stevenage, said: “Like all women, I loved that advert because it spoke to me in that special language of the heart that only women can understand.

“That said, when I did actually go into John Lewis I was slightly disappointed not to see lots of grandmothers and grand-daughters buying jam making kits.”

She added: “Perhaps they should do an advert that captures the timeless and indefinable magic of a fat, middle-aged man looking for a new telly.” 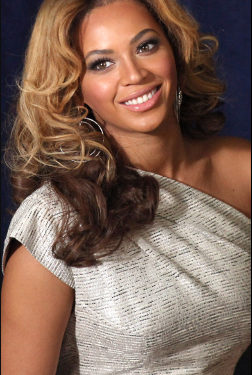 POP icon Beyonce has launched a range of branded products designed to help self-pleasuring male fans to clean up after themselves. Her face is on a wipe

A spokesman said: “Beyonce’s brand is all about empowerment. She’s already empowered women by sending out a strong message of ‘it’s ok to shake your ass and titties round and round and up and down’, now it’s the guys’ turn.

“Our stats show that Beyonce’s male fans love to hang out with their friends, have great positive relationships and are always reaching to achieve their life goals. Plus they love to crack one out.

He added:”‘Beyonce is living the dream, and now you can too, by buying these expensive wank rags with pictures of her tits on.”

Beyonce fan Julian Cook said: “I really love Beyonce’s music, her vibe and her arse, although not necessarily in that order. She’s a strong, powerful woman and I can’t wait to defile her two-dimensional image with my surplus DNA.”

“Just a straight up, every day, incredibly beautiful, somewhat airbrushed girl with an amazing backside like two coffee-coloured goosedown cushions, and absolutely shit-tons of money. Who goes to the shops in a solid gold helicopter.

“I’ll be thinking about how much I admire her realness later, when I mop my belly with a picture of her face.”