GOVERNMENT forces have fallen back from positions in Swindon and Wiltshire, abandoning the town to the Badger Army.

The Department of Agriculture has cancelled planned new fronts in the Badger War to concentrate forces on defending the vital M4 corridor.

Defence analyst Julian Cook said: “The badgers have followed the sinkhole offensive with a series of incursions into Swindon, taking the town street by street.

“The government might want to ask itself if it really believes it can win a ground war in Wiltshire.”

Culture secretary says she spent all the money on culture 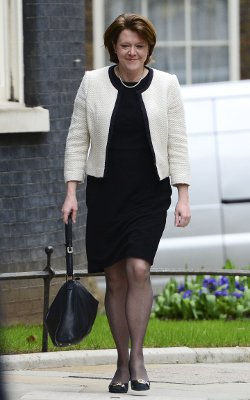 CULTURE secretary Maria Miller has claimed the £1.2 million profit from her taxpayer-funded second home was spent on ‘loads of culture’.

Miller offered a 32-second apology before launching into a 90-minute diatribe about how much the opera costs these days, never mind fancy art galleries.

The standards commissioner found that Miller spent £220,000 on ballet tickets and the large German cars she needs to take her there, as well as £340,000 on a series of holidays to places where you can hear classical music.

She told MPs: Its not like being energy secretary, where you turn on a few lights and a gas ring and youve done your homework for the night.

I have to know all the culture in case someone asks me, which is why I have an encyclopedic knowledge of the early career beefs of Dizzee Rascal.

In the last two years I have watched more than six hundred amateur productions of Little Shop of Horrors in church halls around the country. That’s not cheap.

Miller also insisted her parents were living in the house as unpaid ‘culture interns’, preparing briefing papers on ‘all the important television programmes’.