Doctors to check for anyone who looks a bit bomb-y

HOME Secretary Theresa May has asked GPs to check if any of their patients look like they might blow up soon.

As May delved deeper into the bottomless pit of her insanity, doctors were told to carry out tests for blood pressure, heart rate and a seething hatred of liberal Western values.

Telltale signs GPs have been asked to look out for include whether the patient has grown a great big beard, complains of back strain from carrying unusually-heavy rucksacks or has covered their body with lots of brown skin.

Martin Bishop, a GP from Stevenage, said: “Any honest colleague will tell you that making it through the week without dropping a fatality-related bollock counts as a good one so I’m not sure how we’re going to be able to diagnose latent martyrdom unless it shows up on a person’s tongue.

“After asking them how many cigarettes they smoke and how many units of alcohol they drink a week, maybe I’ll just pop a question in at the end about how many times a week they fantasise about being smeared across the top deck of a bus.

“Besides which, I work in a small village practise in Buckinghamshire where the average patient is a retired stockbroker, so unless the BBC cancels The Archers I’m not expecting that many jihads.”

Bishop added: “That said, after successfully negotiating their way past my receptionist and spending a couple of hours in my waiting room reading a 1994 copy of Take A Break pretty much all my patients look like they want to end it all and take half the post office next door with them.”

The plan is part of the government’s £60m a year Prevent program, a counter-terrorist campaign that is considering a wide variety of ways to reduce extremism in the UK except for Britain not acting like a right bastard in other people’s countries. 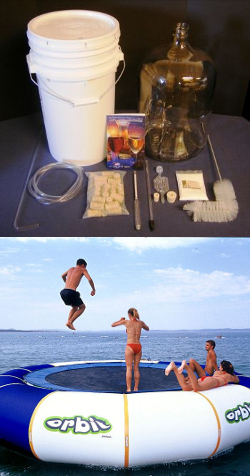 Former Girls Aloud singer Cole had been on the brink of a multi-million pound contract following a bidding war between the makers of two broadly similar television singing competitions.

Cole’s former manager Tom Logan said: “Twelve of us had been up all night, sleeves rolled to the elbows, alternately shouting down the phone at Americans and Simon Cowell, pausing only to cradle our heads in our hands and say ‘fuck’ in a low voice.

“Behind us was a whiteboard with the words ‘Cheryl’s core brand values’ written on it in blue marker pen, below which was a list reading ‘sassy’, ‘feminine’ and ‘hair’.

“I got up to take my ninth slash of the night, vaguely aware that all this stress was beginning to affect my prostate, when I heard a crunch beneath my left shoe. On closer inspection, I found I had stood on a green and yellow caterpillar.

“I told everyone: put down your phones and see. See what we have done.”

Cheryl Cole’s former brand manager Emma Bradford said: “We knew instantly that Tom was right. In that caterpillar’s crushed insides I saw the leaking remnants of my humanity.

“No one said a word. We simply filed out of that room and disappeared into the world.

“I am going to work with injured chimps, or maybe get an ice cream van.”