THE government is planing to invade the tiny nation of Andorra to rebuild national pride.

Hoping to erase memories of England’s World Cup campaign and rugby defeats against New Zealand, a plan has been drawn up to conquer the landlocked nation, which is rich in ski supplies and cane furniture.

A government spokesman said: “For years the Andorrans have been our bitterest enemies, flaunting their wool clothing and energetic folk dances.

“Seeing our tanks roll through the streets of whatever their capital is called will be better than any sporting trophy.

“The World Cup is shit anyway, it looks like an alien holding a satsuma.”

The Archers set in Marvel Universe 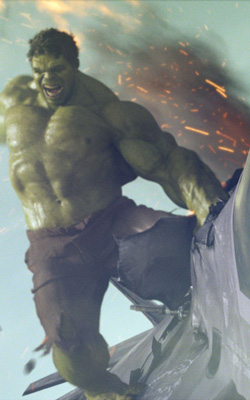 CHARACTERS in radio soap The Archers have been revealed to inhabit the same reality as Spider-Man and the Human Torch.

A leaked script has revealed that the sleepy village of Ambridge is to be disrupted by the arrival of Reed Richards, better known as Mister Fantastic, leader of the Fantastic Four.

Richards will open Ambridge’s first organic patisserie, catching the eye of Shula but causing a rift between Emma and Ed.

He will also be called upon to defend the village from the evil schemes of Dr. Doom, with assistance from the Invisible Woman, the Silver Surfer and Joe Grundy.

Scriptwriter Stephen Malley said: “It’s always been obvious to us that the Archer family coexists with the X-Men and the Agents of S.H.I.E.L.D.

“Maybe it’s never been spelled out explicitly, but careful listeners will have worked out by now that Derek Fletcher is a vampiric mutant and Peggy Woolley can fly.”

Other future storylines will see Kenton Archer and the Hulk clash over Kenton’s unruly wisteria, and Ambridge missing out on the title of Britain’s Best-Kept Village after Tony ‘Iron Man’ Stark deflects a cruise missile into the rectory garden.

Archers fan Eleanor Shaw said: “Everyone I know will be horrified. We’d always assumed it took place in the D.C. universe.”