BRITAIN’S agonising year-long wait for a native tennis player to win at Wimbledon looks set to stretch into July.

The drought, which has lasted since Andy Murray won back in the mists of last year, has sparked a crisis at the sport’s grass roots.

Tennis coach Nathan Muir said: “We host the most prestigious tennis tournament in the world, but we haven’t been able to find a player who can win it in almost 12 months.

Every year, Wimbledon rolls around and every year, with the slight exception of last year, the British players crash out in the first round.

Did all those whose hope died on Henman Hill see it die for nothing? Where are the Andy Murrays of 2014?

The wait for a British winner immediately follows the previous 77-year wait after the 1936 triumph of laurel wreath-wearing Fred Perry over a perspiring and furious Adolf Hitler.

Brit Virginia Wade did win a title in 1977, but it is widely considered not to count because she was a woman.

Murray himself said: “Id give anything to end British tennis fans’ endless wait to see one of their own triumph on Centre Court.

“Even my most treasured possession, the Wimbledon title I won last year.

Barbecue size is biggest cause of male anxiety 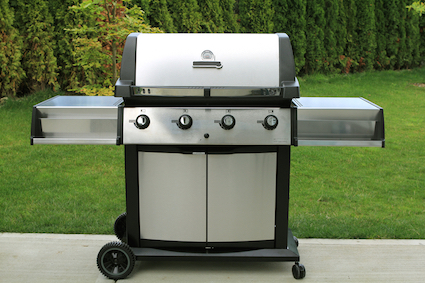 MEN are increasingly worried that their barbecue is smaller than average, it has emerged.

The Institute for Studies found that 79 per cent of men believed the small dimensions of their barbecue made it impossible for them to satisfy guests.

36-year-old Tom Booker said: “I always felt comfortable about my modest trolley-style charcoal barbecue, which I considered to be of ample height and girth.

“It could accommodate twelve sausages and four burgers simultaneously, which nobody had ever complained about. That was until last weekend, when my line manager Stephen invited us to experience his six burner gas monster.

“Frankly a lot of the width comes from the wooden shelves flanking the grill but it’s still impressively large. In fact my wife made a comment about how it wouldn’t even fit in our garden.”

However sales analyst Roy Hobbs said he used to feel like a freak because of his eight-burner machine with commercial grade rotisserie and double-skinned steel hood.

“I felt it was embarrassingly large and wished I had something smaller. But over time people stopped making snide remarks and started to appreciate its efficiency in large group catering situations.”