GCHQ using Twitter to ask if anyone’s planning any terrorism

THE UK’s intelligence agency is using Twitter to ask if anyone has any terrorist stuff going on this weekend.

GCHQ hopes to uncover terrorist cells using its unlimited power over Twitter, Facebook and Google+, though obviously it does not bother with Google+.

A source said: “Like every other business, we believe social media to be incredibly important but have no idea why, so we’ve hired people who sound like they know what they’re taking about.

“Each day they post a quirky video and ask who fancies a bit of jihad against the West, or they do a ‘followfriday’ full of radical Islamic preachers and see who takes the bait.

The source said GCHQ tests whether terror suspects are still active by posting a holiday photo on Facebook and then waiting for a death threat.

People without passports interned in Britain 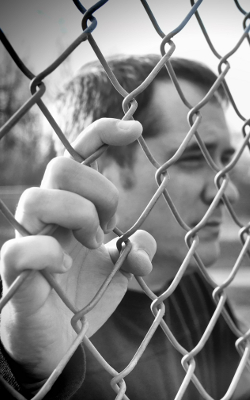 ANYONE without a valid passport is to be confined in a vast internment camp the size and shape of the United Kingdom.

Those held in the camp, which is heavily guarded to stop anyone escaping, have complained of inedible food, inadequate accommodation and cigarettes being used as currency.

Roy Hobbs, who cannot get a passport because he cannot fit his whole face in the frame, said: The people who run this place treat us like animals.

Some of the residents have been here so long theyre dying without ever being allowed to leave.

The only reason we have sex is because we’ve all been locked up for so long that we’re willing to do it with anyone.

Amnesty International has called on the Government to free the millions of people who cannot afford to pay the bribe demanded by the UK Passport Service.

A Home Office spokesman said: We cannot simply unleash these dregs of  humanity on the rest of Europe without damaging its social fabric.

Nor would they be able to cope with the sunlight, the spicy food and the reasonably good transport infrastructure.

They are confined here for their own good.