HITLER'S astrologer told the Nazi leader to expect good news about a part-time job or an unexpected cash gift from a family member, according to files just released by the National Archive.

Writing on the eve of the Nazi leader’s disastrous invasion of Russia Hitler's personal astrologer Reinhard Vogelsang told the Fuhrer he was in line for a competition win, or some success on the horses.

Vogelsang said: "Whatever form your little windfall takes, enjoy spending it – a little luxury here or there will boost your spirits no end!"

As the war turned against him Hitler increasingly came to rely on the advice of Vogelsang, a graduate of the elite Nazi astrology college at Fockenschite.

Following the defeat at Stalingrad in February 1943 Vogelsang told the Fuhrer: "There's potentially a real boost to your social life today, connected to a favourite hobby or interest.

"Either way you’ll meet people who are really on your wavelength who could become firm friends!"

And as the Allies landed on the beaches of Normandy in June 1944 Vogelsang said: "Even if you've nothing special planned today, take time to appreciate those who appreciate you."

Vogelsang's notes reveal Hitler was initially sceptical about astrology. "The Fuhrer would sigh whenever Dr Goebbels got the newspaper out. But after a few minutes he was like, 'alright, what does it say about Taurus?'."

On the morning of the 30 April 1945, as the Russian Army moved into the heart of Berlin Vogelsang drew up his last prediction for the Fuhrer saying: "A more upbeat phase begins for Germany this week. Why not blow your fucking head off, you crazy bastard?" 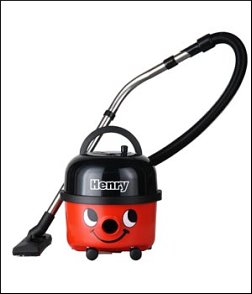 THE Polish vacuum cleaner whose boyfriend was caught having sex with a Henry Hoover has spoken of her shame and disgust at his gay love antics.

The Miele 1600 watt cylinder model said the two had met in an electrical appliance store in Warsaw and, after a whirlwind romance, had set up home in his apartment.

She said: “He was lovely boyfriend, he take me out restaurant, cinema, pay attention my feelings, not demand suck, suck, suck all time like other men.

“He say ‘we get married soon’, I to come over England, he get me job in hospital where he work so we together, start family. Have lot of little hoover together.

“Now it in all papers in Poland he caught, trousers down, in filth sex on job with other hoover – but one who is man. I cannot go out, I so ashamed.

“I ask him on phone ‘why? why? why?’, he just say ‘Henry suck like Linda Lovelace with big cute face’. I never want see him again.”

Meanwhile the Henry at the centre of the sex storm has said he will stand by his new lover, even if it costs him his job.

The two are planning to ‘marry’ in a civil partnership later this year, following in the footsteps of Denys Hatton, the Conservative MP for Minchinhamptonsteadbury who tied the knot with his Dyson last summer in a ceremony attended by Lady Thatcher and Michael Portillo.