Diana Jury Asks Coroner: Why Are We Here?

THE jury in the Diana inquest yesterday asked the coroner to remind them why they are there.

After hearing two hours of detailed evidence about Diana's affair with surgeon Hasnat Khan, the 12 men and women at the High Courts of Justice interrupted proceedings to ask if they could go back to the bit about the car crash.

Wayne Hayes, the jury foreman, said: "While the Princess's passionate affair is – of course – utterly fascinating, we're just not sure how it relates to why we are actually here.

"We were thinking that, at some point, we might hear evidence from the engineer who designed the anti-lock braking system on the Mercedes S-Class, or perhaps an expert in toxicology.

"So unless Dr Khan also happens to have written a book about seat belts, we're really not sure what that was all about."

He added: "So far the only verdict we could give you is that Diana died because she was too full of love. But I'm pretty sure that's not what you're looking for."

The inquest into Diana's life continues today with evidence from a man who knows Elton John and a woman who wrote an article about Diana's clothes, neither of whom know anything about power steering or the structural integrity of a concrete underpass. 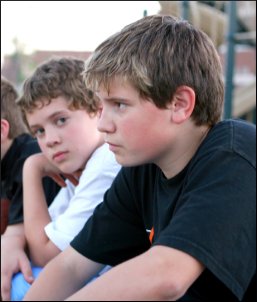 THE worlds of politics and showbiz came together last night to pay tribute to Britain's greatest purveyor of mucky books.

Gordon Brown cancelled a planned visit to a binge-wanking project in East London to speak of his 'utter devastation' at the loss of Paul Raymond, describing the Razzle publisher as the 'people's pornographer'.

Tory leader David Cameron paid tribute, saying it was reading Club International and Mayfair while at Eton that had prevented him over-indulging in sex with the other boys.

"My first evening of self-abuse was with a crumpled Men Only I stole from Boris Johnson.

"It was a Christmas Special featuring the lovely ladies from ITV's 'Mind Your Language'. In the nude. Our thoughts and prayers are with every teenage boy."

He said: "Back in the early days of striptease he returned from a trip to Thailand and demanded that the lads try and fire a ping-pong ball into one of the performers."

Ronnie Corbett said he first got the idea for his famous chair monologues while working in one of Raymond’s strip clubs.

He said: "I was sitting in the wings watching the girls just before I was due on and, unsurprisingly, had developed the most enormous erection.

"I couldn't walk onto the stage with that thing sticking out in front of me, so I got them to carry me on in my chair and did the act sitting down. It was an instant hit."