I Tried To Stop Iraq War But Blair Overpowered Me, Claims Miliband

FOREIGN secretary David Miliband has revealed how he jumped on top of Tony Blair in a desperate bid to stop the invasion of Iraq.

Miliband said he and a group of senior ministers, including Alan Johnson, Hilary Benn and Peter Hain, tackled the former Prime Minister as he tried to push the huge Invasion Button on the wall of his Number 10 study.

The foreign secretary told the Labour conference in Bournemouth: "I stood in his way and said, 'no Prime Minister, you are not going to push the big button'.

"He looked at me with mixture of hatred and affection and said, 'David, we've been through a hell of a lot, you're like the fourth son I never had, but don't make the mistake of thinking I won't kill you'."

He then described how Benn and Johnson grabbed Blair's arms while Peter Hain hit him on the head with a stapler.

Miliband, trembling with fear, then kicked the former Prime Minister in the testicles.

He added: "Blair went down like a sack of spuds and we all piled in on top of him. Peter dug his elbow into the Prime Minister's spine, and Hilary bit him on the nose – but my God he was strong."

Despite being covered in Hilary's Benn's teethmarks, Blair managed to struggle free before dragging himself towards the huge invasion button with Johnson still clinging to his left leg.

"I yelled out, 'Tony, Nooooooo!' But it was too late. He pushed the button and then he turned and winked at me. We all went back to our offices and I ordered a sandwich."

Miliband told the conference that Number 10 was now fitted with two huge invasion buttons 12 feet apart that have to be pushed simultaneously.

Personal Superbugs For All, Pledges Johnson 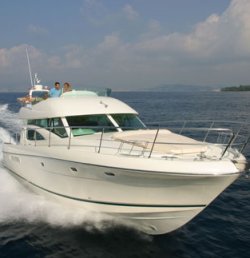 EVERY NHS patient will be allocated a hospital acquired infection with their name on it, under government plans for a personal health service.

Patients will be infected with their own flesh-eating superbug on arrival by their own dirty nurse, cutting the time taken to reduce them to bare skeletons from the current six weeks to a matter of days, the Government said.

Every NHS 'customer' will also get an annual statement telling them exactly how much of their tax had gone towards their GP's boat. Meanwhile all those waiting more than two months for essential surgery will be given someone to wait with them and help them with sudoku puzzles.

He said: "I am working class, I virtually brought myself up and I can remember having to go out and mug old ladies to find the money to buy aspirin for my brothers and sisters. And now look at me standing up here in front of you lot. Haven't I done well?"

Mr Johnson said existing superbugs such as MRSA, clostridium difficile and necrotising fasciitis will be renamed 'Ivar', 'Billy' and 'Poang' to make them easier to remember for dying pensioners, whose brains were half eaten away.

He said: "What kind of society allows its old people to be turned into mouldering clumps of green pus by a jumble of initials or unpronounceable Latin?

"We want our pensioners to be consumed by their own insides by one or two syllable diseases which leave their dignity intact.