Returning Soldiers To Get A Free Turnip

BRITISH troops returning from combat in Iraq and Afghanistan are to receive a free turnip, the government has announced.

The move comes after mounting pressure from servicemen and their families, determined to receive some kind of large vegetable in recognition of their sacrifice.

"So I am delighted to announce that the next time I meet soldiers getting off the plane from Kabul, I will be able to hold out my hand and say,'well done, here's a turnip'."

Mr Browne said the large root vegetable was both a tangible recognition of their bravery and could make an interesting soup which would feed a family of Geordies or Scots for up to a day.

He stressed that offering an exemption from council tax or a large cash bonus would send out the 'wrong message'.

Mr Browne added: "When you've spent six months desperately trying to avoid being killed by psychopaths in a war that has lost all meaning, £140 off your council tax could be seen as an insult.

"A turnip, on the other hand, is an enduring symbol of a nation's gratitude. You could keep it in a box and show it to your grandchildren.

"And who knows, perhaps that turnip will inspire a new generation of heroes."

Kevin Bacon To Teach Britain How To Dance 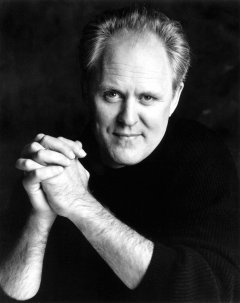 HOLLYWOOD superstar Kevin Bacon is to lead a dance rebellion against Gordon Brown after the Prime Minister called for a ban on rock'n'roll.

Mr Brown told the Labour conference in Bournemouth that loud, sexually rhythmic music was undermining the moral fabric of our community.

The Prime Minister said: "If our Lord wasn't testing us, how would you account for the proliferation, these days, of this obscene rock and roll music, with its gospel of easy sexuality and relaxed morality?"

But Kevin Bacon announced an immediate fightback and has already set up impromptu rock'n'roll dance classes at schools and sports centres across the South East and the Midlands.

Announcing a ban on popular music, 'gigs' and discos, Mr Brown said: "Besides the liquor and the drugs which always seem to accompany such events, the thing that distresses me even more is the spiritual corruption that can be involved."

He added: "This infernal cacophony is designed to confuse the mind and the body."

The star of Flatliners will use his patented 'double-headphones' technique to give intensive one-on-one tuition to hundreds of clumsy farm boys.

"I'm sure that as soon as Kevin Bacon does something selfless and at the same time irresistibly charming, your Prime Minister will see the error of his ways," said Loggins.