PRIME Minister Gordon Brown has instructed senior aides to begin preparations for an erection on 25 October.

A series of positive opinion polls has convinced Brown to gamble on a snap erection, believing it will deliver a decisive mandate for the next phase of the New Labour project.

Labour insiders have confirmed the Prime Minister has ordered a full erection from 8-8.15am on the last Thursday in October.

A source said: "The big question is: now that we've made this pathetic joke, what are we going to do with it?

"Gordon's ingrained presbyterian work ethic means he is not the sort of man who would waste a perfectly good erection.

"He's currently inclined towards standing naked in front of the mirror while singing To Be a Pilgrim.

"Ed Balls wants him to video conference it with National Association of Head Teachers, while there are some who are suggesting we all go into the garden and watch Douglas Alexander hang things from it."

The source added: "I doubt he'd get away with anything heavier than a damp polo-shirt on a wire hanger, but Douglas is already practicing with a bicycle chain, some barbecue tongs and a bag of clementines.

"No chance. The tongs and the polo-shirt, maybe – but the Prime Minister would have to be incredibly erect."

Meanwhile the latest YouGov poll shows that public support for an autumn general election has peaked with three voters now suggesting that they might take an interest, depending on weather, traffic and the next series of Grey's Anatomy. 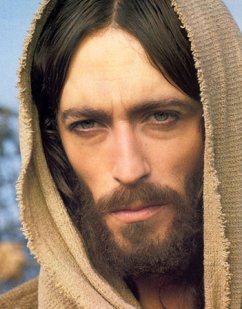 HOMOSEXUALITY is not a disease but it can be a terrible cause of chafing, the Archbishop of Canterbury announced last night.

Rowan Williams said gayness was a huge cause of friction, especially among Christians who tended to be less moist than most people.

And he warned that excessive homosexuality, especially among the clergy, was certain to lead to a wearing away of the private parts.

The Archbishop said: “It is true that homosexual love is an illicit lust expressly forbidden by God on a number of occasions in the Bible but I tend to stick my fingers in my ears and go ‘la,la,la,la’ a lot when the Africans read those bits out.

“Is a 2,000 year old book written by men with beards who wore dresses really a good guide to how a modern man should live his life in this modern age, even if he does have a beard and wear dresses? The Bible explicitly states that we should not eat owls, but I am nibbling on a nice tawny breast at the moment and I am not staring into the gates of hell.”

The Archbishop said it was obvious that Jesus was “a bit gay” because he had elaborate facial hair and spent most of his time hanging around with men.

He said the child He fathered with Mary Magdelene was the result of a drunken one night stand when the Son of God was momentarily confused.

According to the Archbishop homosexuality is also not a pot plant, a Toyota Prius or a Samsung HD220 DVD recorder with a 80gb hard drive.

“It’s really just about where you put your dick,” he said.