SCOTLAND'S invasion of Holland has been postponed indefinitely after the Dutch Navy seized a consignment of 25,000 Scottish infantry sporrans.

The Portuguese-flagged ship carrying the Taiwanese-made sporrans was boarded by Dutch sailors 30 miles off the coast of Denmark.

The sporrans are now being held in the basement of the Dutch Military Intelligence HQ in the Hague.

The Scottish infantry has struggled to find a sporran supplier after the production of home-grown sporrans ground to a halt as rival firms sued each other over Ministry of Defence contracts.

He added: "Anyone who has seen Carry on up the Khyber will know that the sporran in an integral part of the Scottish soldier's armoury.

"The Khasi of Kalabar was as frightened of the sporrans as that which lay underneath."

A spokesman for First Minister Alex Salmond said: "We're prepared for the worst. These people defile tulips as a matter of course. Imagine what they could do to a defenceless sporran." 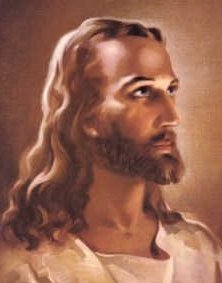 PRIME minister Tony Blair has outlined his plans for a full beard when he leaves office at the end of this month.

Blair's beard project will end the fevered speculation about the direction he will take after 10 years in Downing Street.

The beard is expected to start on July 1 but will not be publicly available for at least four weeks.

Blair then plans to spend around six weeks in a desert, possibly the Mojave or the Gobi, according to senior Labour sources.

In late September he will take the beard on a world tour, during which he will attempt to solve intractable problems, help sick people get access to state-of-the-art medical treatment and make key speeches on the potential benefits of meekness.

Blair plans to finish his tour next Spring and is then expected to take on a series of lucrative directorships.

Meanwhile, publishing industry insiders say there are currently four separate biographies of Blair in the pipeline.