Jesus tells Archbishop to shut it

CHRIST the Saviour has told the Archbishop of Canterbury to stop being such a pansy.

The King of Kings told Rowan Williams that the US definitely-not-an-assassination of Bin Laden was way cool and that because he is Jesus he has been allowed to see the photos of Bin Laden dead and they are wicked.

The Messiah said: “I’m aware of what my teachings are in the gospels about pacifism – after all, I did actually say almost half of it.

“But not even the son of God can deny that kicking through a window and saying ‘This one’s for New York City you sonofabitch’, then emptying a clip into a motherfucker would be totally awesome.

“And if Bin Laden had given me any of that ‘turn the other cheek’ shit, I’d have been all like ‘Yeah? Well, turn THIS, you cocksmoker’ and shot him with my gun held sideways like they do in Pulp Fiction.”

Jesus went on to repeatedly ask Williams exactly who had died for whose sins anyway before swiping the mitre from his head and running off with it, saying he could have it back if he told his next congregation how the Lamb Of God had kicked his ass.

He added: “I hope this puts to rest all those doubts people had when George Bush used to say that he was going to war in my name. I love a good ruck as much as the next half-deity and I’m still rather miffed with Paul, Matthew, Luke and the rest of those nonces for not pointing that out.

“Now, if you’ll excuse me, I’ve got to ask a certain Polish somebody a few questions about a load of kids being bummed.” 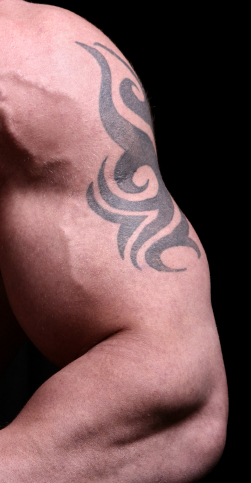 FEMALE recording artists who claim to have raunchy lesbian tendencies must spend a night locked in with a minotaur-like ‘diesel dyke’, it has been announced.

With 94% of lady singers now professing some degree of career-boosting attraction to their own gender, the newly-formed Campaign for Real Lesbianism in Music has coerced the ‘big four’ record labels into introducing its so-called ‘Dungeon Test’.

A CRLM spokeswoman said: “This may be a painful process for those involved – featuring as it does a stern, Popeyed-armed she-trucker called Maxie with pierced eyeballs, rockabilly quiff that smells like a seagulls’ nest and a latex schlong bigger than a small pig – but it’s a necessary evil.

“Touching tongues with Britney Spears or commenting on Rhianna’s arse does not make you a lesbian or bisexual or whatever slavering Nuts readers want to hear any more than enjoying the odd can of Kaliber makes you George Best.

“Hence any female celebrity planning to profess a taste for vagina must first spend 12 hours with Maxie in the dimly-lit ‘rumpus dungeon’.”

She added: “This isn’t just about perpetuating the old stereotype of gay women as brutal hairy-arsed cellar dwellers – although that is pretty much how Maxie rolls. Rather she will, in the manner of a greasy sphinx, ask dungeon candidates to name three KD Lang albums and efficiently disassemble a motorbike.

“If they fail this basic test, then it’s party time. Until two hours after the lube runs out.”

Teenage boy Stephen Malley said: “I dislike the phenomenon of famous girls being all a bit lesbian because it makes my own fantasies of girls kissing in the shower seem pedestrian and corporate. I no longer feel sordid and I’m not into that.

“Interestingly, I wonder if girls are turned on by the idea of Wyclef getting it on with Michael Buble.”