Libyans to hunt down Back to the Future Libyans

LIBYA has vowed to hunt down the Libyans who murdered one of the 1985 versions of Doc Brown in Back to the Future.

A spokesman said: “They are driving around Hill Valley like a bunch of maniacs while hanging out of the windows of their vehicle, wielding massive machine guns.

“Everyone else in the town is on a skateboard.”

He added: “If we do not stop them they will get the plutonium.”

Libya is also hoping to persuade Doc Brown to take a leave of absence from his time-travelling steam train and help to identify the Libyans by shouting ‘the Libyans!’. 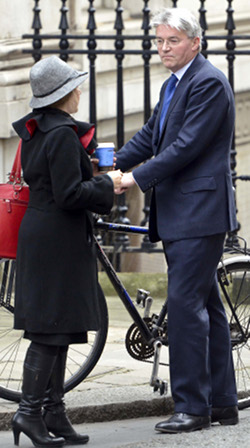 GOVERNMENT chief whip Andrew Mitchell is a serial abuser of public servants, it has emerged.

A Downing Street source said: “We asked Andrew to come in for a chat about the policeman, but when the prime minister was ready to see him he had disappeared from the outer office.

“Eventually we looked in the stationery cupboard and there he was, coming like nobody’s business into a nurse’s handbag that he had apparently stolen from St Thomas’s Hospital.

“We tried to prise it out of his grip, but he resisted us, shouting ‘I haven’t finished yet!’. Only when he had fully climaxed did he relinquish the bag, comb his hair and agree to see the prime minster.”

The source added: “Using the contents of the bag we tracked down the owner, Ms Bradford, who said she was maybe the 10th or 11th nurse at St Thomas’s into whose handbag Mr Mitchell had ejaculated.”

Ms Bradford said: “Whenever a handbag is missing we just assume that Andrew Mitchell has got hold of it.

“When he’s finished with it he usually just flings it into a hedge and eventually it finds its way back to its owner. It’s nice to get your purse and your keys back but of course you do have to throw the bag away.”

Downing Street confirmed that Mr Mitchell also likes to spit Diet Fanta at ambulance drivers and once threw his bicycle at a fireman.