ALL towns in Britain are called Dudley, Apple has confirmed.

The company dismissed claims there were glitches in its new map application and stressed that anyone who claimed towns such as Stevenage, Peterborough and Doncaster were not called Dudley was a filthy liar.

A spokesman said: “You may think you live in Guildford or Carlisle but you do not, you live in Dudley.

“If you do not think you live in Dudley then we would like to introduce you to our lawyer, Mr Dudley.”

The company has now ordered everyone in Britain to talk with a Dudley accent and has removed £8.99 from all bank accounts in exchange for the ‘Talk Like You’re From Dudley’ app.

The spokesman added: “You have one week. At that point anyone who is not talking with a Dudley accent will have their face stapled shut.

“Do not be afraid. A brighter tomorrow awaits. A tomorrow in which everyone sounds the same and travelling from Dudley to Dudley will be easier than ever.

“That is our solemn pledge to all the people in all the Dudleys the length and breadth of Dudley.

A spokesman for the Ordnance Survey said: “Everywhere in Britain is Dudley.” 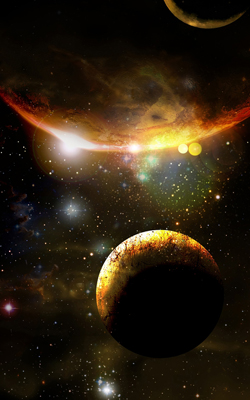 EXOPLANET Gliese 163c, which could support life, is leading a campaign by obscure planets that are angry about their shit names.

Gliese 163c, Kepler-22 c and HD 85512 b are among the planets outside the solar system that are demanding the right to rename themselves.

Gliese 163c said: “The ‘big eight’ – nine if you count Pluto – all have awesome names that sound like metal bands or male strippers.

“Small wonder I’m unpopulated with a name like Gliese 163c. I sound like a brand of piles ointment.

“I want to be officially recognised as ‘Viper’. Or maybe ‘CJ’.

Kepler-22 c said: “I’d like to be called Darkveil. It sounds very mysterious, and vaguely sexual.”

HD 85512 b said: “My terrible name makes it hard to meet female planets.

“You didn’t know there were female planets? Truly, mankind has much to learn about the universe.”