Redundancy for soldiers who didn't kill anyone

SOLDIERS who failed to meet Afghan death targets are to be sacked.

The Ministry of Defence said the armed forces will offer taxpayers better value for money if resources are focused solely on those troops who are consistently good at killing people.

A spokesman said: “There is no point in buying someone a brand new gun if they keep missing.

“And you would not believe the cost of an Apache helicopter. You can’t just hand them out to anyone who’s not related to the Queen.”

The MoD is to introduce a commission-based pay structure with new recruits receiving no basic salary but 40% of the value of each dead Afghan.

The spokesman added: “The platoon commander will also receive commission for each brown person killed by one of his troops, with the formula being continued all the way up the chain of command. In a good year a brigadier general could take home the best part of £1.5m.”

“These days it’s all about ‘ABC’, Always Be Closing. Afghans.

“My watch cost more than your car.”

Corporal Roy Hobbs said: “I had a good month in April. Booked six grand worth of Afghans and came top of my section. They gave me two free tickets to the snooker.”

But former soldier Nathan Muir added: “I could have closed about 20 Afghans last month but the leads were shit. You get told to close someone but then it turns out they’re fucking miles away.

'Because I've got your iPlayer, thanks' is top TV licence excuse 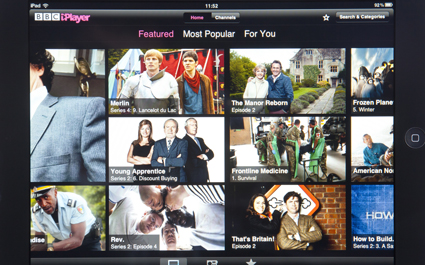 THE most common excuse for not having a BBC TV licence is the existence of the BBC iPlayer, it has emerged.

A BBC spokesman said: “You’d be amazed at how many people refuse to pay £145 a year simply because we give all our stuff away on the internet.

“It’s really annoying. Maybe we didn’t think that through.

“Maybe we could make the TV licence look really cool, like a hologram of Luther or something, so that people will want one for its decorative appeal.”