Discussing Neil Gaiman’s ISAs and ISA Alternatives Gaiman said: “There’s more to me as a writer than dreams, myths and hallucinatory inter-dimensional journeys to gothic netherworlds.

“I’m actually a lot keener on ISAs, fixed yield bonds and other comparable savings products than I am fairies. The made-up fairy books are just a way of bringing in more capital.”

He added: “I got the idea for the book after reminding Tori Amos to ‘ditch and switch’ her old Lloyds account after its introductory bonus interest rate expired.”

Whiplash test to involve removal of telly and crisps 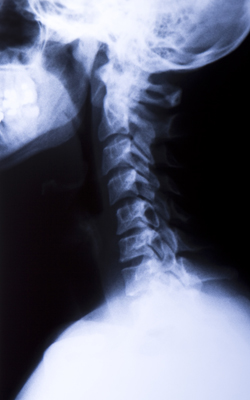 ANYONE claiming to have whiplash will be denied telly and crisps for a week, as a test of their integrity.

As it emerged that there are around 1,500 whiplash-based insurance claims per day, medics have created a simple technique for weeding out feckless bullshitters.

“They sit on their arses, looking at Jeremy Kyle, putting fried potatoes into themselves and waiting for some piece of shit to hand them a quick money-making scheme.

“The simple way to weed these people out is to take away whiplash claimants’ television sets and snack foods for one week.

“If their neck really hurts, they will barely notice. But thousands will be forced to admit their lie simply because daytime crime drama and salty snacks are all they live for.”

Former liar Julian Cook said: “I cracked on the second day. I couldn’t handle staring at the empty wall where there once was telly.

“I’m sorry for what I’ve done. My neck is fine, brilliant in fact, please don’t ever take away the plasma again.”