WORKING from home doesn’t mean abandoning years of interdesk warfare with colleagues. Here’s how to f**k shit up remotely:

Fancy yourself as both inspirational teambuilder and DJ? A 266-song Spotify playlist called ‘Mel’s Hard Work Mix!’ which you insist everyone use will build hate, and dominating meetings by being offended nobody liked Roxette will have everyone muting your window on Teams.

Repulse people with your food

Sadly the malodorous tang of your smoked fish lunch or breakfast burrito is for you alone, but still make everyone watch and hear you eat. Crisps for phone calls and meat to suck off the bone for afternoon meetings.

Suggest you all meet up

When separated it’s easy for teams to feel disconnected. Which is the optimal outcome for a normal office worker – and if you suggest an end to this cosy new reality by meeting up for ‘a Rule of Six-friendly beer’, or even Zoom drinks they’ll sincerely hate you for it.

The line between home and work has been forever blurred, so why not air dirty washing in public during your next video call, fully visible on the drying rack next to you? Also, shout incomprehensible things like ‘Well turn off the summon mob generator’s repeat loop then Ashley!’ to unseen kids.

Really care about your work

The nation is low on energy and hope, so the most annoying gifts you can give are positivity and enthusiasm. Schedule early calls and start late email chains. Propose whole new projects. The more you give your all, the less anyone will be able to stand you.

Five signs you're trying too hard to be 'woke' 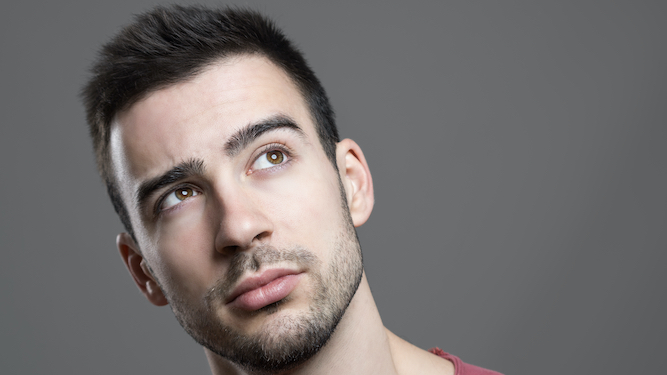 AWARENESS of social injustice is a good thing, but are you trying to prove you’re more woke than everyone else? You could be overdoing it:

It’s valid to question the mythology surrounding national heroes like Churchill, but take it to ridiculous extremes. Embark on a personal quest to discover whether Charlotte Bronte said anything racist, or if Sir Douglas Bader ever used the term ‘nancy boys’.

However noble your motives, are you riling up the Twitter nutjobs? Some of these people are so permanently furious and dense they’ll demand all episodes of Black Beauty are erased for its inherent racism and setting unrealistic standards of attractiveness for horses.

Making no allowance for our horrible past

Many of our ancestors were shits to everyone, not just people of a different skin tone. Be furious about Victorian imperialists’ callous treatment of Africans and Indians without putting it in the context of them not being that fussed if their own soldiers starved or small children lost limbs in cotton looms.

Castigating people for not using the correct ever-changing jargon

Did someone type ‘LGBT’ when they should have written ‘LGBTQ+’? Come down hard on them. However if you find yourself using the term ‘TERF’, or ‘trans-exclusionary radical feminist’, more than once a day it may be time to look into more interesting hobbies.

All decent people are opposed to racial and sexual prejudice, which can make being woke a bit pointless. Think of new niche areas of wokeness, eg. Did Agincourt hero Henry V fail to speak out against the damage a meat-based diet is doing to the environment?