Meeting couldn't even have been an email

AN outright pointless Monday meeting did not even contain enough substance to have made it as an email, attendees have confirmed.

Employees summoned to the hour-long meeting were expecting it to be a lengthy presentation of information that could have been summarised in three paragraphs, but instead discovered it was not even that.

Project manager Nikki Hollis said: “After 40 minutes of preamble we began wrapping up. My pen was still poised over my pad. Not one mark had it made.

“If this meeting were an email it would run out of steam after saying ‘Dear all’. But at least you could politely delete it unread. This required us all to be present to nod along to other people nodding along.

“Shit, everyone’s looking at me. I better spout some bollocks about how cutting back on inefficiences could help us hit our KPIs in Q3. That always gets people off your back.”

Boss and meeting organiser Martin Bishop said: “It was meandering, inane and unnecessary but it reinforced that I’m the boss.

“I expect you all to work through lunch to make up for this lost time.” 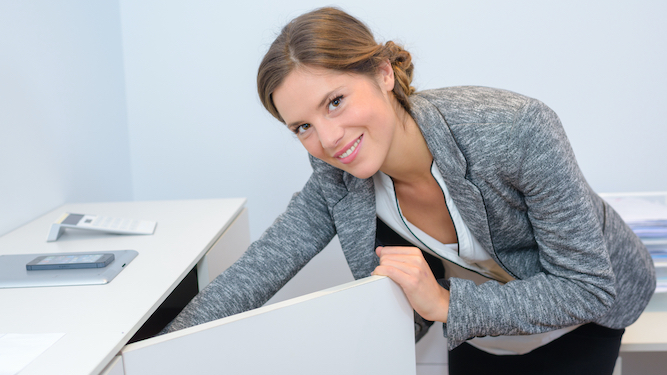 A MOTHER-OF-TWO has consumed an entire Cadburys’ Easter egg by sticking her head in a cupboard so her children remained unaware.

Emma Bradford, aged 40, ate the egg not in a single sitting but in a series of surreptitions and unnecessary visits to the cupboard over the course of an afternoon.

She said: “In my defence it’s a Mini Eggs one, and therefore substantially harder to resist than crack cocaine.

“It’s delicious, the children were being stupid and annoying and undeserving of its bounty, and I needed a reward for having bought the eggs so nice and early.

“I had to keep the radio on to disguise the noise of me unwrapping the egg because, while they’re unable to hear me shouting to brush their teeth, they can detect the rustling of purple foil from 100 feet away.

“At one point they were crowding around my lower half asking what I was doing, so I explained I was scrubbing the cupboard after a jam spill because they’d left the lid off and did they want to help? That scattered them pretty effectively.

“I’m about to go and buy more eggs. I’ve got my eye on a Buttons one next. I reckon I can probably repeat the whole manoeuvre three more times before Easter.”