EXPLORERS have discovered the world’s first non-toxic workplace, which until now was believed to be a myth.

After following a series of arcane clues and paddling down a river in a canoe, explorers have finally found an office which is not simmering with passive-aggressive hostility or being run by heartless managers.

Expedition leader Roy Hobbs said: “I was beginning to think a non-toxic workplace was the stuff of legend, like Atlantis. But after days of hacking through the underbrush, there they were – a group of young professionals merrily sending emails and making photocopies.

“Everyone appeared motivated, and you could tell from the way nobody looked burnt-out that the company encouraged a good work-life balance. People were even using the breakout area to relax without fear of reprisal.

“When we made contact with their head of department they presented us with a homemade cake they’d bought in, and even invited us to the drinks they were having after work. It was like nobody was tainted by the pressures of modern corporate life.

“I’m worried we might have corrupted them though with our accounts of offices in the outside world. By the end of the week they’ll be bitching, glumly eating soggy tuna sandwiches at their desks and taking more holiday than they’re entitled to.”

Led Zeppelin II, and other albums your dad's just seen a documentary about 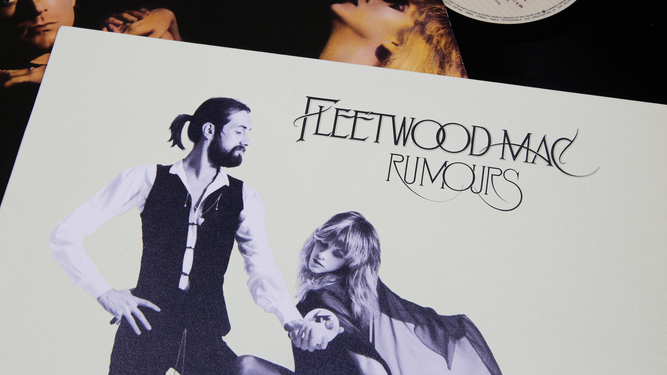 HAS your dad just spent an evening furiously reminiscing about his youth after a music documentary on BBC Four? Prepare for him to drone on about these ‘classics’.

Looking forward to chatting to your parents in person after years of Covid restrictions? Rather than getting the chance to talk about your new job or how your young daughter is doing, prepare for an impassioned lecture from your dad about how everyone in Fleetwood Mac was shagging and hated each other and that’s why Rumours is brilliant.

Did you know that Led Zeppelin wrote and recorded most of the album while on tour? Yes, because your dad told you the same fact when he last watched the same documentary about three weeks ago. Brace yourself for a lengthy diatribe about how none of today’s bands could hold a candle to ‘The Zep’.

Pink Floyd, Dark Side of the Moon

The thing that brings your father the greatest happiness isn’t friends, his partner, or his children; it’s sitting down to watch a four-hour documentary about ‘prog rock’s magnum opus’. According to your dad, ‘The Floyd’ were writing albums about people with mental health issues years before other introspective artists, although he uses the phrase ‘nutters and loons’.

Your dad insists that he loves to support new, up-and-coming artists, and Adele is no doubt grateful for his patronage. There’s gushing praise from your dad: she’s ‘a marvellous young singer with a cracking set of pipes.’ Disconcertingly, you suspect he may just fancy her after losing all that weight. Is he mentally cheating on your mum with Adele?

Having your parents around to babysit is a real blessing. However, instead of spending quality time with their grandchild, you learn that your dad tried to radicalise your six-year-old into being a Steely Dan fan by forcing them to watch a three-hour-long documentary. Your local babysitter may frequently turn up stoned, but at least they’ve never done that.