MUSIC has always been my first love. Well, that’s if you don’t count [REDACTED] who I had a brief but dirty fling with, back in 1979.

Those were heady years – the soundtrack was Blondie, Buggles and The Boomtown Rats, even though the Boomtown Rats were actually shit. The one song which reminds me of my romance with [REDACTED] was Love Patrol by The Dooleys.

My second choice is a record by an old mucker of mine. Oh, and before I go any further – don’t worry, I’ve run this one by the legal eagles and they’ve given me the green light. Yes, this was a massive hit ‘back in the day’ – in fact I was actually there in the studio with Gary Glitter when he recorded I’m The Leader Of The Gang (I Am). They were happy, innocent, carefree days – hanging out with all the young dudes at the Walton Hop Disco, and afterwards a trip to the local amusement arcade.

Unfortunately I can’t tell you the name of my third song, who it’s by or have it played on the air as the artist has taken out an injunction preventing me from being associated with their music in any way. As I said to my lawyer, ‘what’s the big deal? It’s only fucking Cold[REDACTED]’.

My luxury would be an iPhone so I can pretend to be outraged by the number of people on Twitter who are mentioning my name, in spite of the fact it’s the sole reason sales of my latest book, CD, DVD and clothing range are currently going through the roof. 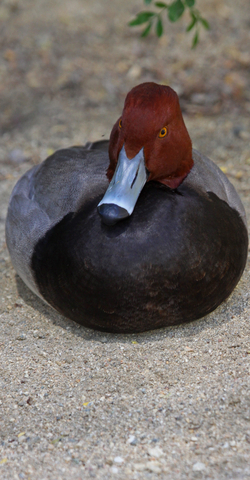 Lennon was visiting the Scottish Wet Fowl Centre in Bathgate when six large female geese ambushed him from behind a wheely bin.

The gaggle then cornered Lennon outside the Granary Café where they swore at him several times in Goose before pulling him to the ground.

Park warden Bill McKay said the attack was ‘totally unprovoked’ adding: “It couldn’t have been sectarian or football related. These geese are Canadian humanists and are mostly interested in ice hockey.”

Lennon suffered multiple goose bites to the face and body and also burned himself when he dropped his cup of blackcurrant tea after a goose kicked him in the back.

Eyewitness Helen Archer said: “He managed to break free and sprinted towards the car park but then tripped over one of those low hanging bollard chains and knocked himself out on the bonnet of a Saab.

“I went over to see if he was alright but before I knew it I was raining angry blows down on his unconscious head as my two children cheered me on.

“I’m a grade three Wiccan so I’m not into this whole Catholic-Protestant thing. There’s just something about his face.”

The six geese were identified using CCTV footage but are too young to stand trial. Officials say it is likely their visas will be revoked and they will ordered back to Canada on Monday.