DUBAI, Dubai – so good they named it twice. I've never seen so much money crammed into one space – even the eye spaces in the ladies' veils are filled in with diamonds. It's the sort of place where everyone's dreams really can come true – as long as your dream isn't to have a noisy shag on a beach.

The first hurdle came while checking in at my hotel. The receptionist kept asking me to fill in my husband's details. When I said I didn't have one, she asked me what company I came from. So I just said I was from 'Spalding'. 'Like tennis ball,' she nodded. Next to that it said 'Designation' so I wrote 'CEO'. Then, in the space for 'Husband', I wrote 'Andy Murray'. It was really pretty convincing and it certainly stopped her asking insane questions.

Right next to where I'm staying is the totally awesome, rich man hang-out, the Burj al Arab seven star hotel. I just had to get a boat out to sea and see if the Iranians have a point about it looking like a crucifix and being offensive. Now I've seen it, I think the Iranians are being a bit difficult. I mean, I guess the sky restaurant at the top goes across in a kind of crucifixy way. But the Iranians are forgetting: Jesus died a horrible death on the cross. Surely, they should shout 'Yee Ha!' (in Farsi) every time they see it.

Plus, there is so much money in the Emirates that I'm sure someone could build a hotel right next to the Burj which could appease the Iranians. Maybe it could be shaped like Salman Rushdie's head and have big neon flames shooting out the top of it. You know, Vegas-style. They do love setting him on fire: it's like going to the movies for them.

The beach near my hotel is the same one the couple got arrested for shagging on. I watched where I put my feet because, while I'm all for free love and kinky sex, you just don't know what they could have left behind. Like, at my school prom, they had a rule about no kissing. I thought this was a bit extreme, but then Lucy Cunningham from 6-2 got caught giving Jason Berry a hand job behind the stage. And did they clean up the ping pong table afterwards? No they did not.  If the Crown Prince of Dubai had been in charge at my prom, things could have been much less gooey.

Now I really do understand why it's better to be married to Andy Murray than to be some unpredictable singleton, loose near a beach. (And besides, Andy doesn't need that kind of publicity and is much too busy for sex anyway). It's the Emiratians' constant endeavours to keep people's dirty tights and pants up around their bums where they belong, and not partially buried in lovely yellow sand, that makes Dubai, Dubai the greatest city in the world!

Brown To Regain Initiative By Admitting Schools Are Rubbish 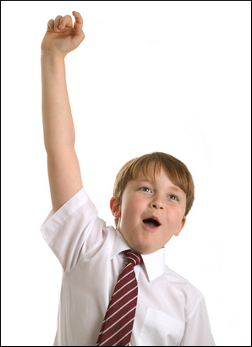 GORDON Brown is hoping to regain the political initiative today by confirming that Britain's schools are so much worse than they used to be.

The beleaguered prime minister will deliver a keynote speech filled with half-baked ideas while underlining the fact that some schools are so bad that they really need to be shut down immediately.

Mr Brown is expected to say: "Amid the froth of political gossip our education system remains my biggest priority and my God if it's not in a right fucking state."

A senior Downing Street source said: "The public sees us as divided, corrupt and incompetent so it is absolutely the right time to get the focus back on policies and remind people that we have failed in absolutely everything we set out to do."

On Wednesday Mr Brown will make a keynote speech insisting that despite 12 years of pay rises for doctors and nurses, the NHS is still a pile of old shite.

And on Friday he is expected to unveil a series of law and order initiatives emphasising that after more than decade of big, fancy promises Britain remains an insanely dangerous place to go for a stroll.

Downing Street is also working on a new plan to give apprenticeships to absolutely everyone, including all the existing apprentices who are currently taking part in each of the government's last four apprenticeship schemes.

Meanwhile, as Labour risks being relegated to 14th place in the upcoming European and council elections, the Natural Law Party is planning a comeback by targeting disillusioned Labour voters with the slogan, 'For Christ's sake, you may as well'.