ANYONE who knows me will be able to tell you that I am one of the most inclusive and sympathetic women you will ever meet. This is why, without any prompts, I go to great lengths to help my down-and-out sister who, if I must speak frankly, is a fat cow.

Every so often, I take her on a shopping trip around the designer boutiques of Glasgow to show her what kind of lifestyle I can afford because I was blessed with all the get-up-and-go in our family. Then, I usually take her to some of the lesser high-street stores such as H&M (or as I like to call it: “bargain basement!”) to see if there’s anything she can fit into.

My sister lives in a council flat in Paisley and spends all of her time watching X Factor and thinking she can sing. She doesn't work because she claims to be suffering from "depression" following the breakdown of her marriage. Now, while I have made huge efforts to console her in the year since this all kicked off (the countless late night calls, the constant whining, the "suicide attempt" which totally ruined Christmas for everyone) I just think that it's about time she got over it.

I knew she liked singing so I took some of my valuable time out to give her a few lessons on how to do it properly – and even introduced her to Donny, who is very good at the guitar. But no matter how much I try to inspire her, she will just not move her fat arse off the couch and get a life. And there's only so much I am prepared to sacrifice for people like that.

This is why I was especially angry with my sister’s thoughtless behaviour on Saturday when we were stepping out of Versace Couture on Ingram Street. There was a rough-looking man wearing a cheap hat, selling The Big Issue. To my horror, my dole-scum sister immediately went into her purse to make a purchase.

"You’re not buying one of them, are you?" I asked her, incredulously. But she had already engaged with the brute. To make matters worse, she was now scrabbling around trying to find enough change for him, because a copy of The Big Issue costs £1.50, which is a fucking joke, by the way. I had fifty pence in my pocket so I hurriedly passed it to him so we could get the hell out of there. I swear, when he said thank you, I wanted to kick him in the nuts with my brand new Gucci winter boots (which sure pack a punch!). As it happened, my sister found £1.50 in her purse and gave it to him. She got her Big Issue and made to leave. But the swine now had an extra fifty pence! Did he think it was a tip or some other such frivolity? After waiting for him to do the right thing, I had to admit that although this was my hard-earned cash, it wasn't worth standing next to a disease-ridden waster like him for a second longer. "So you'll just keep my fifty pence, will you?" I shouted at him. "Fine! I hope you have fun spending that on your packet of heroin later!"

My sister tried to hurry along but I wouldn’t be beaten that easily. As we left, I shouted back at him: "You don't see people like me selling garbled nonsense on the street, do you? I chose to get a real job and make my money honestly! How dare you darken Versace's door!" He made a hand gesture. "And I don't care if you stick your fingers up at us, you piece of shit!" My sister said he was just waving at his friend across the street, and maybe that was what he was doing, but he was no doubt only celebrating because he'd just made fifty pence that he didn't deserve.

I am now at my wits end with my sister. To punish her for her reckless spending spree, I told her that I would withhold singing lessons for as long as I saw fit. I mean, I will probably go back to her at some point, but that's only because I have the patience and heart of a lion. I can but battle on, trying to educate her on how to conduct herself with a bit of decorum in public.

Getting Drunk And Urinating On Your Boss's Desk Is Not Your Fault, Say Experts 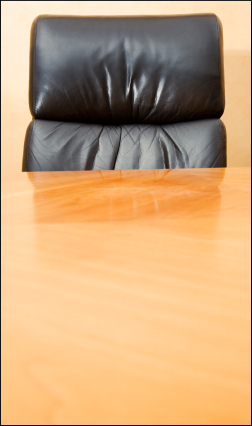 PEOPLE who get drunk and then empty their bladder on and around their boss's workspace are the victims of 21st century society, a major study has revealed.

Researchers at Dundee University found that modern working patterns, new technologies and the chemical make-up of food and drink, meant people could end up urinating on their boss's desk even if they had tried not to.

Research chief Dr Tom Logan said it was becoming easier for people to have a few drinks, sneak back to the office, disable the CCTV system and – having bribed the cleaners – obtain keys so that you can get into your boss's office and urinate and/or defecate all over his chair, desk and surrounding carpet.

He added: "If this is the sort of thing you were to get involved in, say this Friday night, it would not, in any way, be your fault.

"Not that I'm encouraging people to do it, but if you did – and let's be honest, it would gain you the respect of your colleagues – you would not be to blame. At all."

The food and drinks industry has already responded to criticism that its products make it harder for people to accept even the slightest inkling of individual repsonsibilty.

The Vodka Manufacturers and Distributors Association is to fund a new marketing campaign with the slogan: "If It's Out of Your Hands, Why Not Order Trebles?"

Meanwhile Burger King has launched its Blame-Free Meal Deal, including the Triple-Cheese No-Fault Whopper with I'm the Victim Here Fries and a spacehopper filled with Diet Pepsi.