Out of my box, with Peter Hitchens

Women: Look at them, sitting there being all female and thinking they’re better than me.

According to the voices in my head, Tony Blair used to invite foreign women into Downing Street and eat long bits of spaghetti with them, just like those two dogs in Lady and the Tramp. Then he’d push the last meatball across the plate with his nose, as if to say, ‘here foreign woman, have Britain for your tea’.

And the Tories are no better. The voices tell me they go to dirty parties with Belgians and Spaniards where they all get naked and grease each other while jumping up and down to bongo music.

Say what you like about Nigel Farage. He may be foreign, but he has no time for foreigners and their grease and their bongos and their meatballs.

I’VE NOT BEEN WELL
Recently I made the mistake of going to a ‘doctor’. As well as trying to hypnotise me, he had the indecency to ask me if I had ever considered ‘going private’.

‘Are you asking me to cup your testicles?’ I shrieked and ran from the room. After 60 years of blood-soaked failure it seems the NHS has now descended into nothing more than a cabal of millionaire perverts demanding genital massage. But isn’t this what the metropolitan liberal consensus wanted all along?

WHAT’S WRONG WITH ME?
Sometimes I like to hang upside down and read a book. A recent upside down literary experience involved a book by the Oxford dog-strangler Richard Dawkins. Mr Dawkins latest ‘theory’ calls for Satan to be made lord of the universe, while the armies of the gay kick down your door and force you to dress in a kaftan made from tiny skulls.

You will not be surprised to hear that the metropolitan liberal consensus intends to make Mr Dawkins the next Archbishop of Canterbury. It’s enough to make you want thrash yourself so very, very hard across the thighs and buttocks.

Peter Hitchens is away 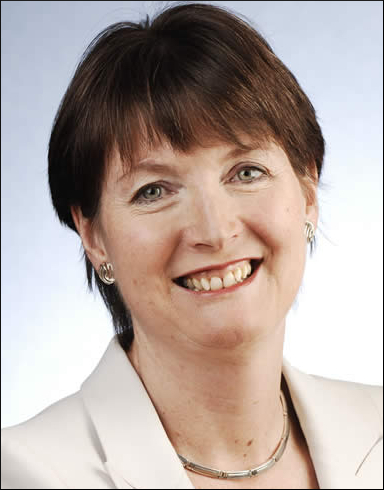 LABOUR backbenchers are preparing to ditch Gordon Brown and place their electoral fortunes in the hands of the most God-awful cow.

Harriet Harman is now convinced she can lead Labour to a recovery in the polls, despite being described as the sort of eye-gougingly dreadful harridan who makes you want to shoot yourself twice just to make sure.

According to Labour sources, the party's deputy leader has been interrupting conversations around Westminster all week to tell people: "this is my moment".

One senior backbencher said: "I was having a piss – a piss, mind you – and I feel this tap on my shoulder.

"I turn my head – still pissing – and there's Harriet, about half an inch away from my nose. She stares at me intently, whispers 'this is my moment' and then she's gone."

He added: "I think Harriet would be a terrific leader and those who dismiss her as a patronising, talentless bag of vomit who would lead the Labour Party out of existence, are only half right."

Harman is now taking soundings and ignoring all those who say they will move to Iran and urge it to launch a nuclear attack on Britain if she become prime minister.

Meanwhile foreign secretary David Miliband has denied launching a leadership bid after writing an article for the Guardian under the headline, "Fuck off back to Kirkcaldy, you psycho bastard".