OMG! I’m, like, so totally awesomed-out by the awesomeness of this country – I never knew Bangladesh was such a cool place. For instance, the other day I was sitting in this, like, totally cool VIP box at a game. I started talking to this, like, Indian guy (what he’s doing out here in Bangaldesh I have no idea – loser) and he asked me how a 13 year-old girl could afford the most expensive seat in the, like, house. I told him that my Dad sort of, like, sold some of his Union Carbide shares and paid for my vacation with the money. For some reason the guy totally lost it and started using the “f”-word which, like, totally freaked me out.

Seven for no wicket, wicket
That’s another single to third man, third man
Hold on gotta take that call it’s probably Greg, who’s like totally into me
Like, that’s gotta be so out LBW-W
Here comes the drinks cart
Do I have a Pepsi, Pepsi ?
Or do I have a Vimto ?
Or do I get in the back seat and see if they’ve got a banana and spinach smoothie, smoothie

Last night Jay, Drew, and Cara were like, on Twitter and we were all totally dissing that douchebag asshole nerd in school who’s dad hasn’t even bought him a Land Cruiser for his, like, birthday. ‘HELLO!’ I tweeted, ‘HIS DAD CAN’T EVEN AFFORD A HIGH END VIDEO TO ACCOMPANY HIS DEBUT SINGLE, EITHER – WHAT A TOTAL LOSER!’.

Drew said that two hours later the asshole posted some dumb video on Youtube featuring him going crazy. I downloaded it later on – he kinda looked cute in a combat jacket, carrying a shotgun.

7am wake up gotta get up
Go down to the hotel breakfast roomy, roomy
See the Australian team looking gloomy, gloomy
There’s England & Notts Graeme Swanneee
He comes walking over to me-ee
Picks up a Frosties Variety Pack
And tells me my music’s wankee, wankee
And that he’d rather eat Michael Yardy’s snotty hankyyyyy
Or listen to the howls of a waterboarded monkey, monkey

I played it to my, like, friend Chip and he said it was majorly cool, although he wished I’d written a song addressing the pros and cons of the referral system in the modern game. Awesome. 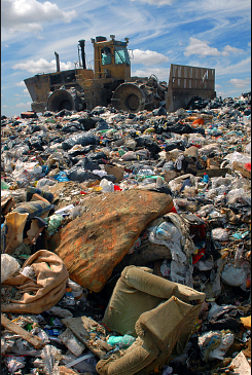 APPLE’S revolutionary iPad 2 has been launched on its inevitable
trajectory towards a big stinking crater full of broken and rotting things. 100% compatible with things covered in shit

The company said customers will not believe how quickly its newest desirable machine will perform basic functions like browsing, photograph sorting and being buried in a filthy hole.

An Apple spokesman said: “iPad 2 is made even more beautiful by its sheer impermanence. Like a square butterfly made from aluminium and plastic.

“Within 18 months it’ll be noticeably slower to turn on, the innovative touch screen will have tiny, beautiful cracks and a layer of stubborn finger grease that is a mixture of sweat, crumbs and other bodily secretions.

“Very soon after that, a big noisy lorry will be tipping your iPad 2 into a wet pit where a soiled nappy will slowly smear its contents down the now beautifully abandoned face.

“Then filthy bull-necked seagulls will fight over an old Pickled Onion Space Raiders packet as your iPad 2 slowly submerges into the bottomless mulch of stinking detritus. Possibly with a used sanitary towel stuck to its ergonomically-inspired back panel.”

He added: “Like everything you will ever love, especially anything with complicated circuitry, iPad 2 will soon be a dead husk whose memory is increasingly blurred by your own dimming perception. For this is the way and the cycle of things.

Tom Logan, who drives a digger at a landfill site, said: “I hope the iPad is compatible with broken glass and faeces.

“This is a great place to work. I once saw a human arm.”