THE Labour Party has denied claims by the working classes that they have quit Labour out of disillusionment, saying it was Labour who split with them first.

Rachel Reeves’ refusal to back public workers during a strike, Labour’s paltry wage increase for nurses, and the trade union UNISON’s withdrawal of funding have led some to mistakenly believe it was the workers who ended it with Labour.

Labour spokeswoman Donna Sheridan said: “They can make out it was them that split up from us to try and feel in control or whatever, but it was us that sent them the text saying it was over.

“The truth is, we wanted to leave the working classes a long time ago. I mean, who calls themselves ‘working class’ these days?’ Where are your aspirations? Your enterprise? Your personal hygiene?

“Basically you’re saying ‘We wear cloth caps and we smell’. The leadership always dresses smartly and isn’t afraid to make new friends like big corporate donors and the Queen. When we’re out together you plebs are an embarrassment to us.

“There’s no point in dwelling on the good times, like when we set up the welfare state. We’ve met some really nice Tory voters, and I may as well tell you now, we’re moving in together.”

Left-wing voter Wayne Hayes said: “I should have realised something was wrong when Starmer started getting into patriotic war stuff and NATO. With hindsight he was just dolling himself up for his new squeeze, Brexiters.” 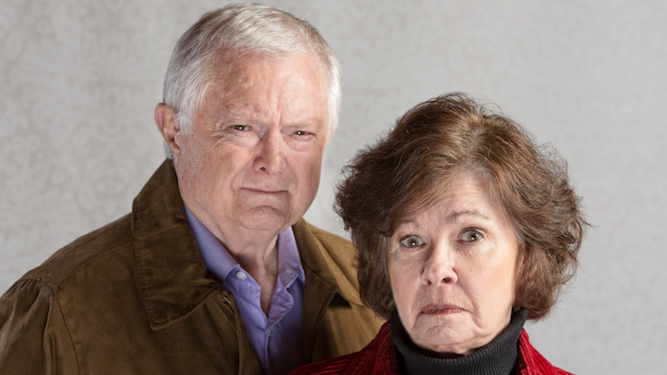 HAVE you been blindsided by having a trans Conservative MP when you thought only trendy lefties and confused teenagers went in for that nonsense? Here are the five stages of coping.

It’s not true. This simply isn’t what Conservatives do. We are the party of family and country, not weird sex things. Apart from all the rent boys. And that MP who did autoerotic asphyxiation with an orange in his mouth. No, it’s all an April Fool’s joke but he got the date wrong. That’ll be it. Yes.

For God’s sake, I’ve bought into all this culture war stuff wholesale, convinced I’m on the right bloody side even though I don’t understand the first thing about gender dysphoria. Now I’ve been let down by my own team. Thanks a bunch, Boris. F**king hell, I’m furious. And deeply confused. Do we all have to be Boy George now?

Maybe Jamie Wallis didn’t say trans. Maybe he said trains. Maybe he said he wants to ‘be trains’. That’s a much more Tory thing to say. What do you mean, it doesn’t make any sense and I sound mad? Shut up or I’ll regress back to the previous stage.

Well, that’s that, then. The gender benders have won and the Conservatives are now the party of woke snowflakes who think there are 50 different genders, including self-identifying as a helicopter. I suppose I’ll have to share the M&S changing rooms with lady-men with breasts and great big dangling penises. I might as well vote for that Marxist Keir Starmer. Or those anarchist Greens. Nothing matters anymore.

Maybe it isn’t so bad. Maybe having a trans Tory MP will convince some of the leftists to change sides, as Labour don’t have one. Yes, it gives us one over on those leftie bastards. I fully welcome and endorse it. Trans rights are human rights. Hooray!