Boris Johnson's 10 election pledges and how he will betray them

BORIS Johnson has unveiled his 10 election pledges to the public, but how will he betray every single one of them?

1. Brexit done by January 31st. The whole premise is already a lie, and Johnson will request an extension to March to hammer the point home to hardliners that they have been used and thrown away.

2. £85 tax cut and frozen fuel duty. Fuel duty will be frozen for anyone without a driving licence, saving Russian oligarchs with chauffeurs literally pence a year, and the £85 tax cut paid for by an Electoral Bribe tax of £88.

3. NHS funding increase guaranteed for 2023. Johnson will then call a snap election in 2022 without this on the manifesto.

5. Introduce Australian-style points-based immigration system. Will later announce points system covers the whole UK. Most citizens will not have enough points, and will now get paid in those instead of money or face being deported.

6. Extra funding for schools. To go directly into the pockets of private businesses running schools. Parents will cover shortfall with a mandatory half-day teaching shift every fortnight.

7. Make migrants pay more for using NHS. As per point 5 above, everybody now counts as a migrant. There will be turnstiles at A&E, a £20 fee to get in and an extra £18 for priority seating. Which is the only seating.

8. Cross-party talks to find solution for social care crisis. Johnson will tell Labour their only hope of winning an election again is backing involuntary euthanasia, then have their supporters put down.

9. Improve mobile phone coverage in countryside. Targets to be met by reclassifying landlines with extra-long cords as mobile phones.

10. Biggest review of defence, security and foreign policy since the Cold War. Russia are our friends now, Europe are the baddies, and we are taking applications for a good long ground war somewhere resource-rich. Your children will be drafted.

Entire office poised to quit once Christmas bonus is paid 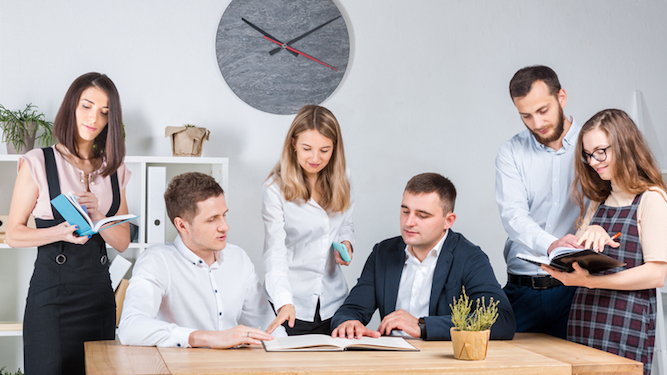 THE entire workforce of an office is poised to resign the second their Christmas bonus is paid, it has emerged.

Employees have all typed up their notices, saved their resignation emails to drafts, and are on standby to hit send as soon as the funds appear in their accounts.

Office drone Donna Sheridan said: “At first I thought I was the only one to have hatched this genius plan. But then I started talking to accounts and marketing, and I realised we were all at it.

“It’s going to be like rats fleeing a sinking ship when payday rolls around. I almost feel sorry for our boss, even if he’s shouted at us like particularly incompetent slaves for the last few years.”

Managing director Norman Steele said: “The promise of a Christmas bonus is a tried-and-tested way for managers to hold employees hostage in depressing dead-end jobs.

“However in this case the joke’s on them because I’m leaving on payday too. That’s after I’ve sent a company-wide email informing them they’ve all been dismissed without pay.”