UK negotiators have denied trying to scupper Brexit talks by discussing the rights of every single fish in British waters.

Chief negotiator David Frost told Michel Barnier’s team there had not been enough attention paid to the views and wellbeing of individual cod, mackerel and herrings.

Frost said: “These poor creatures cannot talk, but I feel sure that if they could they would proudly proclaim they were as British as Big Ben or the Falklands.

“It’s profoundly unfair that under existing quota rules we can’t have first dibs on catching, gutting and devouring these British citizens.

“And what if they have holiday homes in the EU? Or need to see an EU doctor? Admittedly I’ve never heard of that happening but these are issues that need to be ironed out.”

Sources said the EU was clearly ‘rattled’ and ‘very confused’. Other issues raised by British negotiators recently have included whether lager can be sold as ‘British champagne’, the plumpness of pillows and who won the war anyway.

The latest setback also comes just weeks after both sides discovered they had talked for so long about the Irish border they no longer remembered what the question was.

Colleague who suggested 'virtual secret Santa' told to piss off 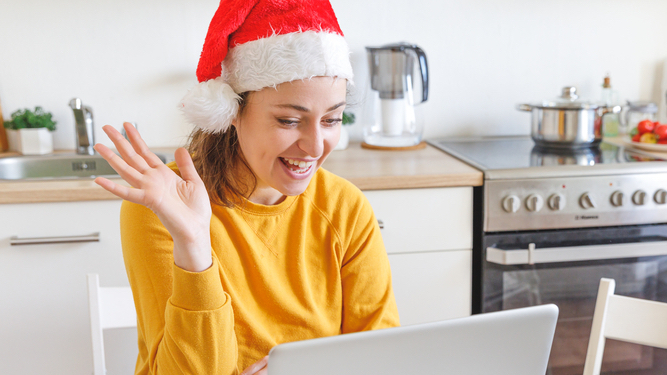 AN office worker who floated the idea of doing a virtual secret Santa has been told to piss off by colleagues, it has been confirmed.

The instruction came after Carolyn Ryan suggested her team could anonymously exchange pieces of tat worth up to £10 via Zoom “for a bit of festive fun”.

Co-worker Donna Sheridan said: “As if 2020 hasn’t been bad enough. And now Carolyn wants me to trawl around the few remaining shops for a mug that Mark from accounting might find funny? Jog on.

“With each passing day you could tell there was a tacit agreement that we’d quietly let secret Santa slide this year, along with eating a balanced diet and not wanking during work hours. Then Carolyn goes and ruins it.

“Although if she just wants to post me the cash value I won’t stop her.”

Ryan’s boss Tom Logan said: “I’ve been looking for a reason to sack Carolyn for ages, and this is the perfect excuse.

“Her work’s been subpar but HR need something more concrete than that. Once I tell them she tried to organise something that might boost morale she’ll be out the door, no questions asked.”