Osborne buys you for 1p

GEORGE Osborne has successfully bought the electorate for a single pence.

His Budget sliced the shiny penny from a lovely pint of beer, in a thinly-veiled act of political condescension that has totally worked.

Father-of-two Tom Booker said: “I think beer is really great, and I am also keen on coins, which after all can be exchanged for beer.

“I’m not really interested in anything else, so this is a great day.”

Press given 24 hours to change reality to match stories 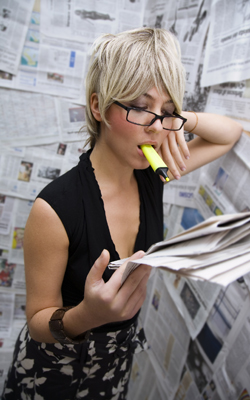 THE new press regulator will allow newspapers 24 hours to change the world to match any inaccuracies in stories.

Media organisations will have a one-day window after publication in which to reshape the universe.

Frequently this will involve getting a celebrity to have sex with a prostitute, a mutually-beneficial situation as this is what they wanted to do anyway, or convincing a quiet loner that they have done a murder.

However the limited time frame prohibits longer-term adjustments like getting a single mum to have ninety kids.

A News International spokesman said: “Too often the real world is not newsworthy enough, or populated by simple stereotypes of have-a-go heroes and depraved sex vicars that the British public has come to cherish.

Impossible though it is to imagine, there are people on benefits genuinely looking for work and women who dont find that everything in their lives is cheerful and carefree despite having big tits.

“Reality can be so inflexible.”

Deputy prime minister Nick Clegg said: Were only giving newspapers the same power over the boring front pages as theyve always had over football, where they get to make up any shit they like and it magically comes true.