I’VE received a lot of attention for pointing out that ‘taking the knee’ was copied from Game Of Thrones. Here is my guide to where other civil rights protests stole their ideas from.

Martin Luther King’s ‘I have a dream’ speech.

Blatant rip-off of the Abba song of the same name. They went on to sing ‘I have a dream, a fantasy, to help me through reality’. But we don’t need dreams and fantasies. I prefer to live in the real world, a world currently being beaten by this government’s track and trace programme.

This stunt, I believe, was based on an old episode of On The Buses in which Olive protests to Inspector Blake when a man refuses to give up his seat to her. Rosa Parks not only stole the idea, but made it painfully politically correct, a far cry from what the On The Buses scriptwriters had intended and which airbrushes Olive out of history altogether.

We all know this civil rights leader’s gimmick was to sign off his name with a kiss but letter-writers had been doing it for centuries. And was it not Jason Donovan from our future trading partner Australia who had a worldwide hit with ‘Sealed With A Kiss’? I smell plagiarism.

If you’re going to choose a Simpsons character to base your protest march on, you could do better than Marge’s grumpy, chain-smoking sister Selma. Why not entrepreneurial convenience store owner Apu? He is an excellent role model for BAME young people.

Oh come on, did these guys seriously think no one had heard of the billion dollar-grossing Marvel mega-hit Black Panther? At least show some originality. Still, at least their costumes were different, which is more than can be said for Mahatma Gandhi’s feeble imitation of the excellent Ben Kingsley in Gandhi.

I'd like you all to f**k off, says dad when asked what he wants for Father's day 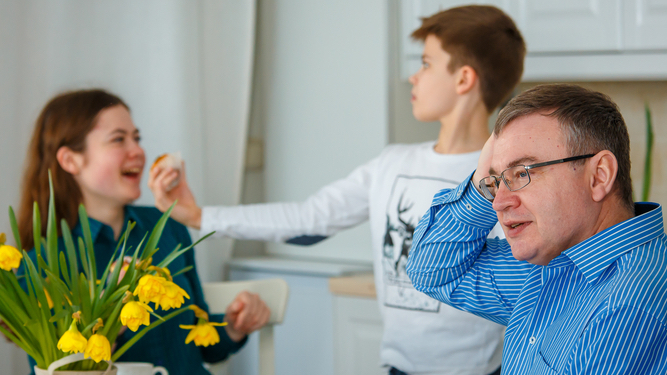 A FATHER of young children has said what he would really like for Father’s Day is some f**king peace in an empty house.

Martin Bishop made the unusual gift request after another day of children dicking about and crying hysterically over spilt Ribena while he tries to take conference calls.

Father-of-three Bishop said: “My ideal present would be just f*ck off and leave me alone. Not forever. A day, perhaps. Although three weeks would be nice.

“I fantasise about how it would play out. Maybe my wife Emma gets a flat tyre while driving back from the park, and then they all have to camp by the side of the road for a few days. It’s not like the fantasies I used to have about Emma, but if I don’t get some peace I may go mad.

“Obviously I relish our family time – it’s adorable being unable to get to the kettle without impaling my feet on Lego while someone phones me about a purchase order.

“So this Father’s Day, instead of a ‘World’s Best Dad’ mug, maybe they can all just f**k off and stand in a field or something for 72 hours? That would really prove what a wonderful family I’ve got.”