Who are you f**king furious at online today?

BRITAIN could have spent 12 weeks of lockdown learning the piano, reading Ulysses or helping others, but instead we’re being bloody angry online. Who’s getting it today?

The much-loved children’s author gets way too much money for wizards-and-daft-monsters stories any of us could have come up with, probably, and is always having online rows. One day she’ll just buy Twitter but until then join in with the latest barney.

The purity of this one’s been sullied by the fact they’re legally allowed out now, but it’s still good for the blood pressure to think of an activity you personally disapprove of, look for photos of crowds of people doing it, then get good and bloody mad.

You know what else could really boil your piss, if you’re at a loose end? People staying in and undermining the government’s valiant efforts to save the economy. Lazy f**king furloughed theatrical lighting riggers should work from home like you’re pretending to.

Being so angry about VAR you can only point a trembling finger of fury at the TV is like settling into a nice warm bath of outrage. Remember how spitting mad you used to get down the pub with your mates after watching the big game on Sky Sports? Ah, livid times.

He used to be the bête noire of the left, now he’s a hate figure to the right, but really it doesn’t matter what he says or where he stands. Piers Morgan exists to be loathed and shouted at. It makes you feel better and it makes him stronger.

Someone basically on your side you have a slight disagreement with

There’s no point wasting your fury on the bad guys. Everyone hates them and they won’t even notice. Instead, find someone you largely agree with on something, be it kitesurfing or TV comedy, find a minor bone of contention and argue until you’re both ready to kill. What a wonderful invention the internet is. 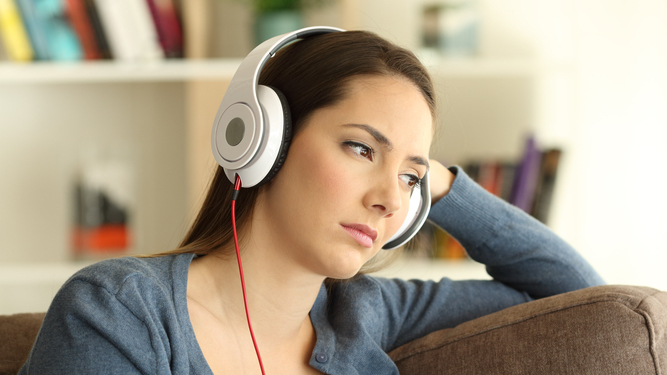 A WOMAN who liked a song so much she listened to it for eight hours straight can no longer endure even the opening notes.

Nikki Hollis assumed she would never get tired of ‘Here Comes Your Man’ by The Pixies but was proven wrong after hearing the accessible underground hit hundreds of times in a row.

Hollis said: “It was one of those rare things – a good song that hadn’t been overplayed on the radio or used in a John Lewis Christmas advert. And then I went and screwed it up.

“During the third hour I briefly thought I should probably play something else. Then I came to my senses and told myself ‘just one more listen’. I was clearly addicted. I can admit that now.”

Despite an intervention by her friends and family around the seven hour mark, Hollis thought that if she pressed on she might get a second wind.

She added: “I’ve learnt my lesson. Love is an exhaustible resource, like coal. In the future I’ll play it safe and only listen to songs once, or in the case of contemporary chart music, not at all.”