Farage maintains his proud record of never winning an election

NIGEL Farage has once again maintained his 25-year record of never winning a seat in the House of Commons in any by-election or general election.

The Brexit Party leader, who has been running for office since 1994 but ironically has only ever won the European elections he loathes, said it was immensely gratifying to lose a by-election with his new party.

He said: “This is a fantastic result which really does prove I am a political outsider.

“First, I want to thank the people of Peterborough. They knew winning would ruin my quarter-century losing streak, so they got out there in their thousands and didn’t vote for us.

“Second, to all those naysayers shouting ‘But UKIP won by-elections in 2014 and 2015’, I say this. They were both Tory defectors, we lost both seats shortly after and so technically they don’t count.

“I believe that on the back of this result the Brexit Party could go on to lose – and lose badly – in a general election while ensuring that every other party, and the people of Britain, lose as well.”

He added: “It’s odd to think that if I’d won the Eastleigh by-election in 1994 I’d have joined the political elite and wouldn’t be able to keep doing this shit. How lucky we all are.” 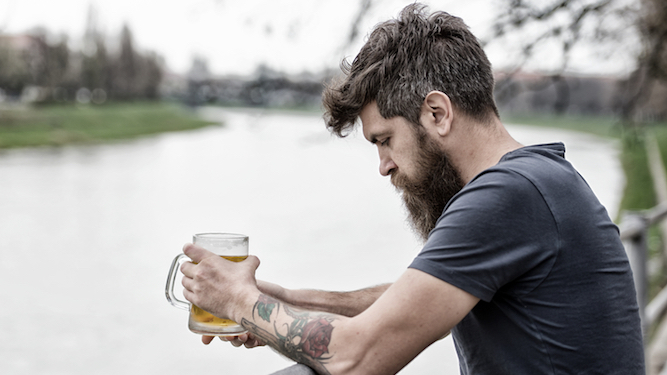 A MAN who only drinks craft beer is suffering from a hangover he considers superior to one caused by mass-produced beer.

Graphic designer Tom Booker is feeling terrible after nine pints of artisanal beer, but feels he is having a richer ‘feeling like shit’ experience than undiscerning drinkers.

Booker said: “My hangover is very dry on the palate, with notes of bile, unbrushed teeth and 12 Marlboros. There’s also a lingering throbbing in my right temple, and my stomach appears to have very strong carbonation.

“You just don’t get this quality of hangover from less expensive commercial lagers. As I was retching into the toilet bowl this morning I got a wonderful callback of lychee from the BrewDog ‘Punk IPA’.

“On the back end there are some really interesting sensations of fear, regret and general worthlessness, with a real note of unexplained guilt cutting through.

“I’d better go now as I think my bowels are about to explode again, but at least there’ll be a subtle hint of caramel and coriander.”