In hindsight Gavin Williamson should never have happened, says Department for Education

THE Department for Education has admitted that with the benefit of hindsight Gavin Williamson should have been avoided.

As details of the former education secretary’s period in office including an ill-advised Christmas get-together emerged, a spokesman said ‘looking back, it would have been better not to make that particular appointment at that particular time’.

He continued: “It seems obvious in retrospect that a man who keeps a tarantula in his office like a bottom-rung coke dealer was not a sensible choice. It was a very confused time.

“And yes, when he used an algorithm to grade GCSE and A-Level exams, crumpling up the futures of thousands of young people and callously throwing them in the bin, we should have acted rather than merely U-turned.

“The illegal Christmas gathering is merely a footnote in the epic saga of his failure. If people want to focus on that then we won’t stop them, but it is important that history remembers the bigger picture of his calamitous ineptitude.

“The party? It was a dreary gathering of colleagues waiting for their twat of a boss to shut up about how great he is. It’s still an outrage and a scandal but let’s not make out he’s in any way popular.” 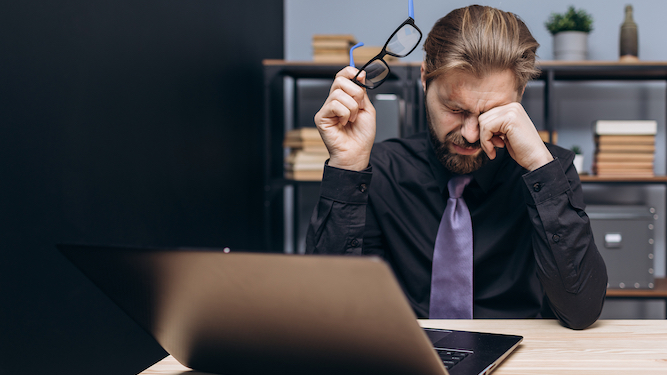 A MAN is intentionally ruining his day in order to treat himself to takeaway food and booze this evening.

Wayne Hayes began the day by sleeping through his alarm clock, but instead of overcoming this minor hurdle decided to lean in because on bad days he rewards himself with Chinese food and six cans of premium European lager.

He said: “What a nightmare of a day. First I woke up late, then I cut myself shaving, wore an unironed shirt and took the absolute worst route to work with the most traffic.

“At the office I got told off for taking too many smoke breaks then dropped Annette’s favourite mug when I was washing up. She was furious. Then I broke my chair and locked up the whole system by forgetting my password.

“Even at lunch, I accidentally liked my ex’s bikini picture on Instagram and texted my mum with something that was very offhand so now she’s not speaking to me. What a bloody day. No way am I staying off the booze tonight.”

Hayes’s black mood at his misfortune is expected to lift when he visits the off-licence on his way home and then orders sweet and sour chicken with spring rolls from the Golden Dragon.

He is expected to close out his dream evening in front of the television with the classic trio of Family Guy repeats, a white chocolate Magnum and a wank.