THE new lie told by all the lying f**kers enriching themselves in the name of government is ‘Boris was not there’.

Matt Hancock, who is such a little bitch that he still defends the people who fired him for breaking the exact same rules they are breaking, today repeated that Boris definitely did not attend the Downing Street Christmas party so often that it is clearly untrue.

Joe Turner of Ludlow said: “So he didn’t attend? So in a fortnight we’ll have film of the portly bastard stuffing canapes with one fist and squeezing Allegra’s arse with the other? Lovely. Just in time for Christmas.

“For two weeks there’s definitely been no illegal party at which the rules were followed throughout, so we’re hardly confused by contradiction at this f**king stage.

“‘Boris wasn’t there’ will be bleated louder and louder by all the usual deceitful twats – Javid, Gove, Patel, Rishi will stay right out of it – until it’s definitively proven that Boris was there.

“At which point they’ll pivot to saying that the real people of Britain don’t care about trivial issues like not being able to get pissed with their mates at Christmas, and they’ll say that with a straight face too.”

He added: “Mind you, I do believe that no way was Boris there for the Secret Santa. He’s tighter than a gnat’s chuff.”

Even Ant and Dec have had enough of the wanker 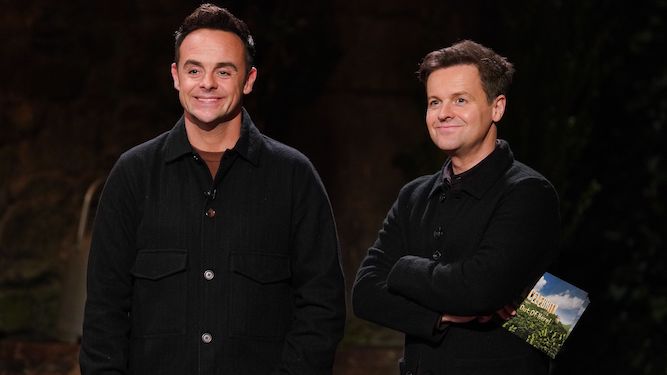 THE state of Boris Johnson’s corrupt, hypocritical regime is so undeniable it has even pissed off Ant and Dec.

The normally apolitical presenters opened I’m A Celebrity last night by not especially subtly suggesting the prime minister should f**k right off, in a sign that he may have lost the support of the light entertainment establishment.

Viewer Norman Steele said: “The Queen’s expected to remain entirely neutral on political matters. And just below her there’s Ant and Dec.

“If they’re going in for the kill about Downing Street’s illegal lockdown Christmas party then it’s over. The message has been received by the man on the street and by this evening they’ll be storming Number 10 with rifles and flags like it’s the Winter Palace.

“What else do you need? Condemnation from the cast of Hollyoaks? The Blue Peter dog to call you a lying piece of shit? Holly Willoughby wiping her arse on a picture of your face?

“It’s game over. That’s just what happens when TV’s most loveable faces turn on you. They’re more powerful than Murdoch.”