A MAN has awoken from a horrific nightmare in which he had f**ked up so badly the only person defending him was Nadine Dorries.

Tom Booker cannot remember the bad thing he had done in the dream, but realised it must be truly unforgivable because no one was willing to stand by him except the secretary for digital, culture, media and sport.

He said: “I just remember this terrible feeling of remorse, as I’d done something horribly wrong like murdering Zoe Ball or sexually molesting my neighbour’s Westie and everyone knew about it. Then I saw Dorries.

“She was right there in the dream, asserting that the British people weren’t interested in my crime, whatever it was, and the media should move on and if they didn’t they’d have their citizenship revoked and be kicked out of the country.

“All I could think was ‘Only Dorries? It must be even worse than I thought.’

“Even now, four hours after waking, I still feel the shame. My mum wasn’t there defending me, nor my wife, nor my friends, nor my boss nor anyone. What I’d done was so unutterably vile that the only idiot willing to argue for me was Dorries.

“I’ve offered my resignation at work. They were confused at first, but when I told them about the dream they had security escort me off-site.” 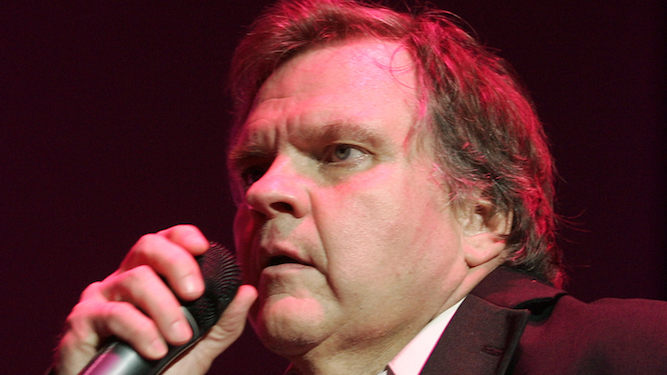 WITH the passing of US singer Meat Loaf, a mourning public may never discover the meaning behind his cryptic lyrics.

Since its release in 1993, Meat Loaf’s 12-minute-long rock ballad ‘I’d Do Anything for Love (But I Won’t Do That)’ has confused listeners due to its ambiguous romantic caveat.

Fan Tom Logan said: “Now that he’s gone it’ll be one of life’s great unsolved mysteries, like what really happened to the Mary Celeste or the enduring popularity of John Bishop.

“I’ve listened to it intently dozens of times like I’m trying to solve the Da Vinci Code, but once the vocals kick in around the two minute mark I crank up the volume and forget about any investigative integrity.

“Is it ‘talk to your father-in-law about lawn mowers and immigration’? I just grit my teeth and remember I need a relationship for sex.”

Meat Loaf devotee Mary Fisher said: “Even though I’ve printed out the lyrics and pored over them I’m none the wiser. I used to think ‘that’ referred to moving on or settling down, but it gets even more vague and confusing towards the end.