AS CONSERVATIVE member for Eddisbury, the room Julian Cook Zooms in is full of perfectly ordinary Union Jacks and busts of Churchill. Stuff like this:

Every ordinary, average, patriotic Briton’s home has at least one freestanding flagpole to bear the Union Jack whose fabric they finger while remembering the sacrifices made by previous generations. It’s as normal as a sofa or television. I have one in every room, including the downstairs toilet where I think of Dunkirk, and five in the bedroom.

Portrait of the Queen

I love the Queen, and not just because she appears on money. I love her regal grandeur, her country estates, her vast private income and her resolute refusal to ever express any political view. More women should follow that example. There are so many portraits of her it’s Bolshevik obstinacy not to display at least five.

None of your fiction. That’s for frivolous liberals who believe we should support ‘the arts’. Instead, like the average Stoke-on-Trent Brexit-backing Conservative voter, I keep biographies of Nixon, Thatcher, and General Pinochet on the shelves behind me. Political figures who unite.

There is nothing in the least odd about keeping a red telephone box containing a Spitfire nosecone, an oil pressure gauge from a Lancaster bomber and the Luger my great-uncle took off a dead Jerry at Montecassino in my home. It would be strange and communist if I didn’t.

Lego is a hobby many Britons enjoy, and I personally chose to build Big Ben because I love my country, unlike ‘Sir’ Keir Starmer. As you can see I have used Lego men to recreate the famous sequence where James Bond hangs from the clock’s minute hand. I play with them sometimes and do the voices.

I don’t have this, and when it swung open behind me and my nine-year-old swaggered out wearing a vintage Hitlerjugend uniform, that was just a malfunctioning Zoom background. I was hacked.

Five spontaneous romantic acts that won't save your relationship 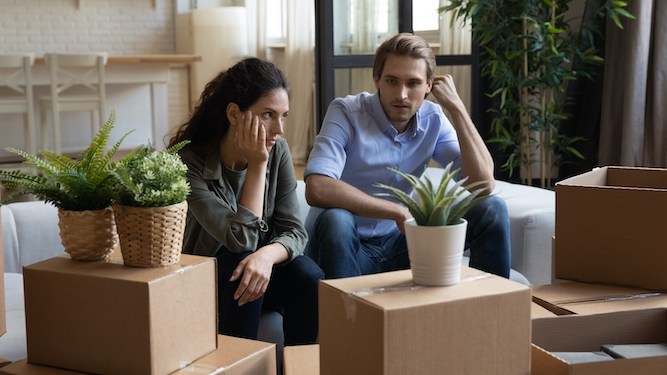 LOVE life on the rocks? Need a quick fix? Try these romantic acts of spontaneity that will not help at all.

Go on a picnic

A lovely outdoor meal on a sunny evening sounds like the perfect way to reignite the spark. And it would be if you didn’t pack an unimpressive meal deal from Tesco and accidentally lay your blanket on a dog shit. If there’s a signal in the park, decide to cut your losses and download Tinder.

Buy a gift ‘just because’

Giving your partner a surprise gift will immediately arouse suspicion. First they’ll wonder what you’ve done wrong, then they’ll come to the conclusion that you’re shagging that co-worker you’re always talking about. Which is ridiculous, because they’re way out of your league and already turned you down at a Christmas party.

Have a weekend getaway

Booking a last-minute holiday will inevitably lead to disappointment. The hotel room will be too small, the towels will be dirty, and it will rain constantly. After a couple of days alone in each other’s company, you’ll realise you have nothing in common and drive home in uncomfortable silence.

Asking someone to move in with you during a rare moment of romantic bliss isn’t uncommon, but the ending is always the same. If the ordeal of boxing up your possessions doesn’t ruin the momentum, then arguing over who sorts out the council tax will sound the death knell for your time together.

The last roll of the dice for the desperate romantic. You’ll get so wrapped up in the flurry of planning that you’ll only realise you made a mistake on your wedding night, and by then it’s too late. You’re stuck with each other until you can be arsed to get divorced.