BANK of England governor Mark Carney is to be replaced with a bucket filled with random suggestions from Theresa May and her idiot friends.

Carney stressed he had intended to see out his contract until 2021, but changed his mind after realising that in five years time the UK economy will focus on trading glass beads with passing fishing boats.

Carney said: “I’m off to Canada, which will hopefully be far enough away that I can’t hear the sound of this shithole country sliding into the Atlantic.

“Being Bank of England governor has been like driving along the edge of a cliff with no brakes in a bus full of drunk chimps who keep trying to grab the wheel.

“Shove your stupid pound up your arse.”

Friend from university is an arse now 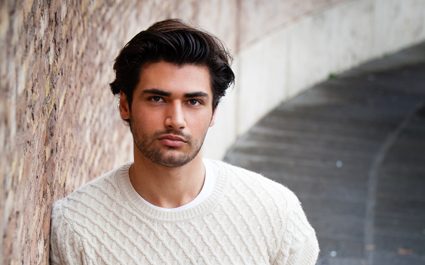 A MAN who bumped into an old university friend has discovered that he is now a total dickhead.

Julian Cook lost contact with former housemate Martin Bishop for over eight years ago, during which time Bishop has become a money-obsessed macho twat who thinks he is the bollocks.

Office worker Cook said: “Instead of talking about old times he kept asking me what sort of car I have.

“Then he blathered on about ‘taking home serious Ks’ from ‘folio development resales’, assuming I knew what that meant because otherwise I would not be a proper man.

“The worst bit was when he told me about some fringe political group he’s into called Libertarian England. No, actually it was when he said ‘pussy alert’ when a woman walked past.

“He probably just works and socialises with dipshits, but I wouldn’t rule out one of those injuries that turns you into a psychopath. Maybe he fell off a raft at a team-building weekend and hit his head on the riverbed.

“We parted on friendly terms but now he wants me to join his ‘weights oriented gym’ and go to a lapdancing club, which is odd because he used to be into Star Trek Generations.”