A MIDDLE class family is celebrating Halloween in a way that is respectful to witches and does not involve sweets.

The Logan family find rubber bats, monster masks and eating shitloads of chocolate problematic, but still believe they can join in the fun.

Project manager Tom Logan said: “Our daughter wanted a witch costume so I had to explain they were actually just medieval herbalists stigmatised by a patriarchal society and weren’t green or warty.

“We wanted her to wear something non-gender specific for trick-or-treating so we’ve decided to dress her as a piece of organic wheat.”

The Logans’ son Edward wanted to wear a ghost outfit but this also proved problematic given the family’s firm atheist beliefs, which reject the possibility of life after death. Instead he will be dressed as a starving 15th century peasant farmer who is being oppressed by the feudal system.

Edward Logan said: “We’re only allowed to go to the houses of other children from our school, all treats must be non-dairy or made of carob. It’s going to be beyond shit.

“Luckily we’ve got the ouija board for after mum and dad have gone to bed.” 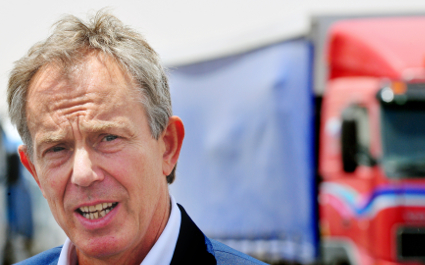 TONY Blair has helped out British politics by calling Remain voters ‘insurgents’ who must ‘mobilise’.

Both sides of the Brexit debate have thanked the former prime minister for framing it in loaded terms that will bring out the best in everyone.

Healthcare worker Helen Archer said: “Let’s see. So on one side we’ve got the Brexit crew already calling anything they don’t like treason and waving flags.

“On the left we’ve got the disturbed followers of a cultish messiah who want the result of a popular vote to be overturned, followed by the overthrow of capitalism.

“And a deposed ruler who started two unending wars for the sake of his ego is telling us it’s a war?

“Great. No problem. Just checking I know where we’re headed.”

Blair said: “My primary role, in and out of government, has been to boost sales for the UK arms industry and that will not change.”