The Conservative chairman was criticised for his patronising Twitter endorsement of last week’s budget. But it has since emerged that ‘bingo’ is his personal term for pornographic material.

Conservative chairman Shapps said: “Why on earth would I like the game bingo? It’s just nans crossing out numbers with big felt tips, utterly tedious.

He went on to tweet pictures of his favourite bingo stars, before being informed by a Tory party staffer that the popular game of chance usually did not involve 19-year-old Texan women with alliterative names.

The news came as a blow to Shapps, who has long argued for a cut in erotica duty and frequently holds constituency surgeries in local fetish dungeons.

Russian troops claim to be birdwatching 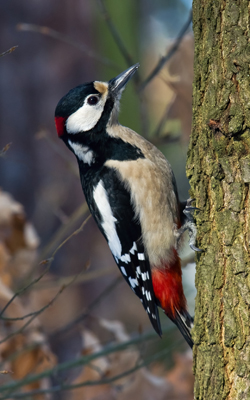 THOUSANDS of Russian troops camped on the Ukrainian border have claimed to be looking for the spotted Baltic woodpecker.

President Putin has supported the army’s excursion and has suggested the Verkhovna Rada parliament building in Kiev would make an excellent hide for birdwatching.

He has also given permission to impose martial law and curfews once they arrive so citizens of Ukraine don’t scare off the woodpecker.

NATO observer Tom Logan said: One general assured me that the battalion of tanks near the Dniester river were in fact portable viewing shelters and that their cannon-like protrusions were telephoto lenses.

He said his men were really keen to see the spotted Baltic woodpecker and would flatten half of Ukraine in their pursuit of it if it became necessary, which he then went on to say was very, very likely.

Russia has enlisted the international birdwatching community to support their actions in Ukraine, releasing a video of a visibly-nervous Bill Oddie shaking hands with Putin while lending him his binoculars.

The trip has echoes of previous Russian incursions, such as the ten-year occupation of Afghanistan that Russia subsequently described as ‘a skiing trip that got a bit out of hand’ or the 2008 Five-Day War in Georgia which was initially a massive stag do.