BORIS Johnson has finally chewed through the masking tape that has sealed his mouth in the run-up to the election.

Johnson, who was bound and gagged by fellow Tories after his last gaffe in a Sikh temple, is now audible again and may even manage a major calamity before the end of the day.

Johnson’s handler Julian Cook said: “As soon as he got the tape off he called someone a ‘Grumbulber’.”

“We don’t know what it is but we can only assume it’s some old school derogatory term that hasn’t been used for a couple of centuries.”

A Tory insider said: “We just hope he doesn’t get the leg and arm-binding ropes off before tomorrow morning.”

“Any time after that and he’s your problem, not ours.” 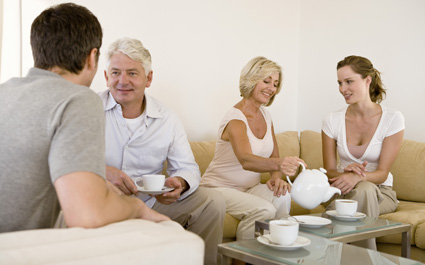 PARENTS of young adults across Britain have been acting sheepishly this week, it has been confirmed.

Their actions have become more and more furtive as the week has progressed, leaving the younger demographic puzzled and suspicious.

No cause has been identified but those in their first decade of voting eligibility report receiving apologetic smiles and small, inexpensive gifts.

Engineer Tom Logan said: “The last time dad was acting like this was just before he decided to spend my university savings on a conservatory. I distinctly remember him being really nice, but also acting guilty as sin.”

Nikki Hollis said: “Mum and dad have been behaving pretty strangely this week.

“They’re normally keen for me to get up and look for a zero hours job on Thursdays, but this week they’ve bought me twelve beers and said I should stay in bed.”