THEY promised Brexit would be over after this weekend’s double-length big Saturday finale, and it isn’t. Here’s what might happen next:

Boris Johnson’s premiership has been an exact rerun of Theresa May’s, only with a different lead character and Jeremy Corbyn even less popular. So why not just demand everyone vote on the same thing they’ve already voted on, before the Speaker blocks it just like last time?

The government hasn’t passed a bill in months because it’s terrified of Parliament making amendments. Now it’s been legally required to pass a bill, by an amendment, and it is going to get amended to oblivion. Likely amendments include a referendum, a customs union, and Michael Gove being exiled to Ascension Island.

Rees-Mogg gets something wrong

The Commons equivalent of a pub lawyer, Rees-Mogg is authoritative among idiots and an idiot among experts. Every point he raises is wrong and he has no idea. Is already being pitched as a US sitcom which he will leave Britain to star in.

The EU gives Britain an extension

Like the parents of a 27-year-old man who wants to leave home but can’t because there are new trainers out, the EU doesn’t want to grant another extension but will anyway. Expect hints like ‘Seriously, can you just hold a f**king referendum’ to be dropped and ignored.

The UK’s biannual Nothing Happens days are fast becoming a national tradition. In 400 years Britons will still celebrate on March 29th and October 31st by bigging them up for months beforehand and then just sitting in savouring the sweet sensation of anticlimax.

There will definitely be a general election one day, and according to Brexiters the Conservative will win in a landslide, as will Nigel Farage’s Brexit party. It could well be just before Christmas, which because Jeremy Corbyn is a white-bearded Red who hands out gifts will mean parents have to believe in him or upset the kids. 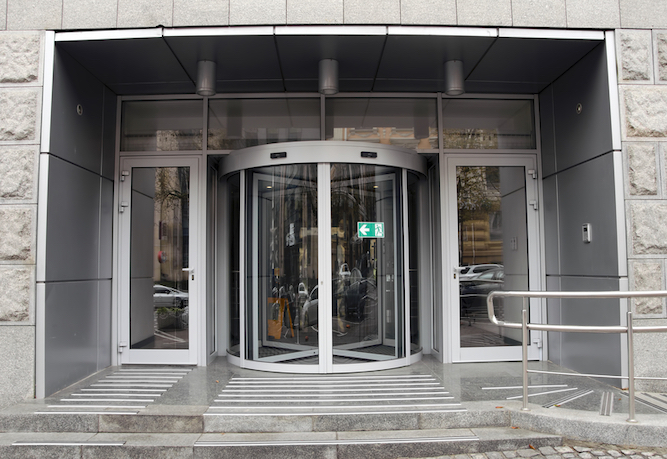 A DOORMAN in London is celebrating after being promoted to the position of revolving doorman.

Martin Bishop, doorman at a top Mayfair hotel, said: “You get into this career dreaming about the day this will happen, but you never really expect that it ever will.”

“I thought it would be nice, sure, but I was just grateful to be doing this for a living. I definitely feel like I don’t deserve this promotion. I feel like a bit of a fraud, you know?

“You hear rumours, you hear stories. But at the end of the day, it’s just you and the door.

“Do I just stand there? Am I going to have to operate it myself and push people in? Nobody gets trained for this.”