TRANSPORT Secretary Justine Greening believes there is currently some sort of legal limit to how fast Britons can go on the motorway, it has emerged.

Greening made the claim, which has shocked UK drivers, during a debate about whether this apparent top speed should be raised from its alleged current level of 70mph to some other purely hypothetical level.

“It’s one of those archaic British laws dating back to the Middle Ages, like the one that says you can shoot a Welshman with a crossbow if he’s near a waterfall. Or that you shouldn’t ‘riotously demolish a hovel’.

“Basically it is the sort of phenomenon Stephen Fry or Bill Bryson would know about. Not, however, an actual thing which can get you done in court.”

Commuter Stephen Malley said: “To the best of my knowledge the limit of my motorway speed is determined by how fast my car will go.

“Legally speaking, I understand you have to go a bit slower when there’s a police car around. Or one of those motorway maintenance vehicles that looks a bit like a police car.

“These token gestures aside, you’re good to go.”

He added: “So when they talk about increasing the motorway speed allowance I presumed they meant to put some sort of hot-rod style engine in my Corsa. A proposal which I was all in favour of.

“I was shocked to discover that is not the case. Don’t these meddling politicians understand that when you’re in a car you basically cannot die?”

Nominations pour in for assisted suicide 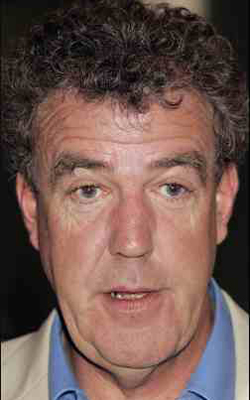 DOZENS of popular candidates have emerged for the first round of semi-voluntary lethal injections.

Initial resistance to the controversial practice has been overcome after campaigners reminded the public how many irredeemably dreadful people were infesting the place.

A survey asking carefully-framed questions such as “How was your commute into work today?”, “Describe the last time you listened to Radio 1”, and “Nick Clegg – discuss” produced an overwhelming majority in favour of a rolling program of non-voluntary assisted suicide based on a public vote.

Office manager Tom Logan said: “I appreciate the proposal exists to help alleviate the suffering of the incurably ill but it surely can’t take an Evel Knievel leap of imagination to see it extended to anyone who owns a Top Gear calendar?

“It could even be part of an annual health check – the doctor tests your blood pressure, your heart rate and whether you’ve bought anything by Coldplay over the last twelve months. If you’re terminally cloth-eared he sends a letter to your family saying which morgue he’s dropped you off at.”

Opponents of non-voluntary assisted suicide have acknowledged that their case has been weakened by the return of Celebrity Big Brother and the so-called ‘Cocozza Argument’.

Archbishop Rowan Williams said “The sanctity of all human life is becoming increasingly difficult to justify in a world where Twitter constantly belches out proof to the contrary.

“I am a man of God and have dedicated my life to promoting the virtues of peace but even I shouldn’t be left alone with any of the cast of Desperate Scousewives and a syringe full of drain cleaner.”